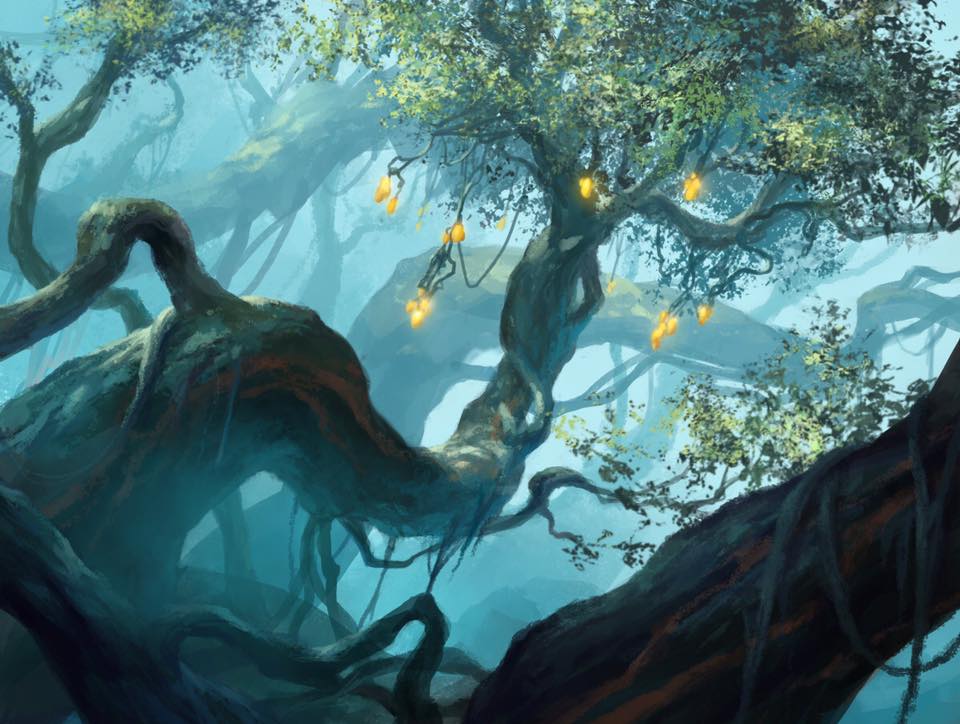 Landfall cards in Magic: The Gathering provide various abilities when a new land enters the battlefield. These cards are sporadic in Green decks, but some are present in other colors as well.

Due to the number of possibilities to play lands during a turn, you can easily activate Landfall cards and receive their benefits a couple of times per turn.

Here are the best Landfall cards in MTG.

Hedron Crab is a one-mana creature with 0/2 stats that allow you to block early-game creatures alongside a milling effect. You can either build a mill deck and discard your cards or force your opponent to discard theirs instead. It’s a flexible card and, if left uncontrolled, can destroy your opponent’s win condition.

Eternity Vessel is a six-cost card, but with no mana restrictions, it’s quite versatile and can be put in a variety of decks. When it enters the battlefield, you’ll get X counters equal to your life total. Once you lose some health and play a land, you can return to your previous life total, making this a great card to heal yourself.

With only one mana cost, this 0/3 creature stands strong. Jaddi Offshoot acts a great early-game blocker and can help you survive the aggressive decks easily by giving you one life every time you summon a land.

Searing Blaze is a two-mana cost Instant, allowing you to remove early-game threats with ease thanks to its Landfall ability. You can do three damage on turn two, which will allow you to delete most threats in the game that early. It’s one of the best Instants in the game and can even be played during your opponent’s turn to shut down their early-game plan.

Ob Nixilis, the Fallen is an expensive Demon with a five-mana cost requiring two Black mana. Its stats are pretty mediocre, but the Landfall effect allows you to drain three life from your opponent and buff this card up to 6/6 in an instant.

If your opponent has cards which affect them positively if they lose life, in that case it’s better to sacrifice your life to make Ob Nixilis stronger.