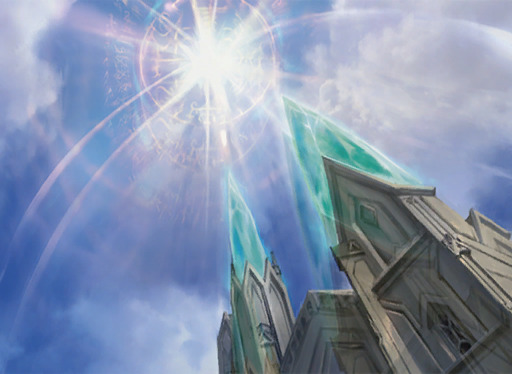 Cycling cards in Magic: The Gathering allow you to to play a card normally or discard them for a fee, which is usually one or two mana to draw a new card.

This effect allows you to easily include these cards in a deck. Even if you don’t need them when you have them in your hand, you can cycle them and get a new card you might need from your deck.

Here are the best Cycling cards in MTG.

Valiant Rescuer is a two-mana cost card with a two-mana cycling cost. The stats are pretty decent and allows you to swarm your board with tokens if needed. If, however, you don’t need tokens, you can easily swap this card for another one in your deck.

With a cheap one-mana cost, Go for Blood is one of the best removal spells early on. It allows you to remove whatever threat you need if you control a creature with a higher power. If you don’t need the removal, you can easily cycle it only for one-mana cost.

Zenith Flare is the culmination of your late game. It allows you to deal devastating amounts of damage while also regaining that amount back in health. While it does have a four-mana cost, you will usually play it towards the end of the game where you have a lot of cycling ability cards in your graveyard, which will empower Zenith Flare. It can be countered if your opponent is running graveyard-removal cards, however, so be wary of that and don’t hold onto this card too much.

With a two-mana cost, Drannith Stinger can be either an early game control creature, or a late-game draw machine. You can establish a good board early on if you have cycle cards to activate its effect. If, however, you do not, it’s still decent with 2/2 stats.

Flourishing Fox is a 1/1 card with a one-mana cost which can easily spiral out of control. It gains +1/+1 for each cycled card, allowing you to make it one of the most powerful cards on board as long as you keep cycling cards. It can easily draw out strong removal spells from your opponent if it grows big enough, allowing you to safely play your other powerful creatures.