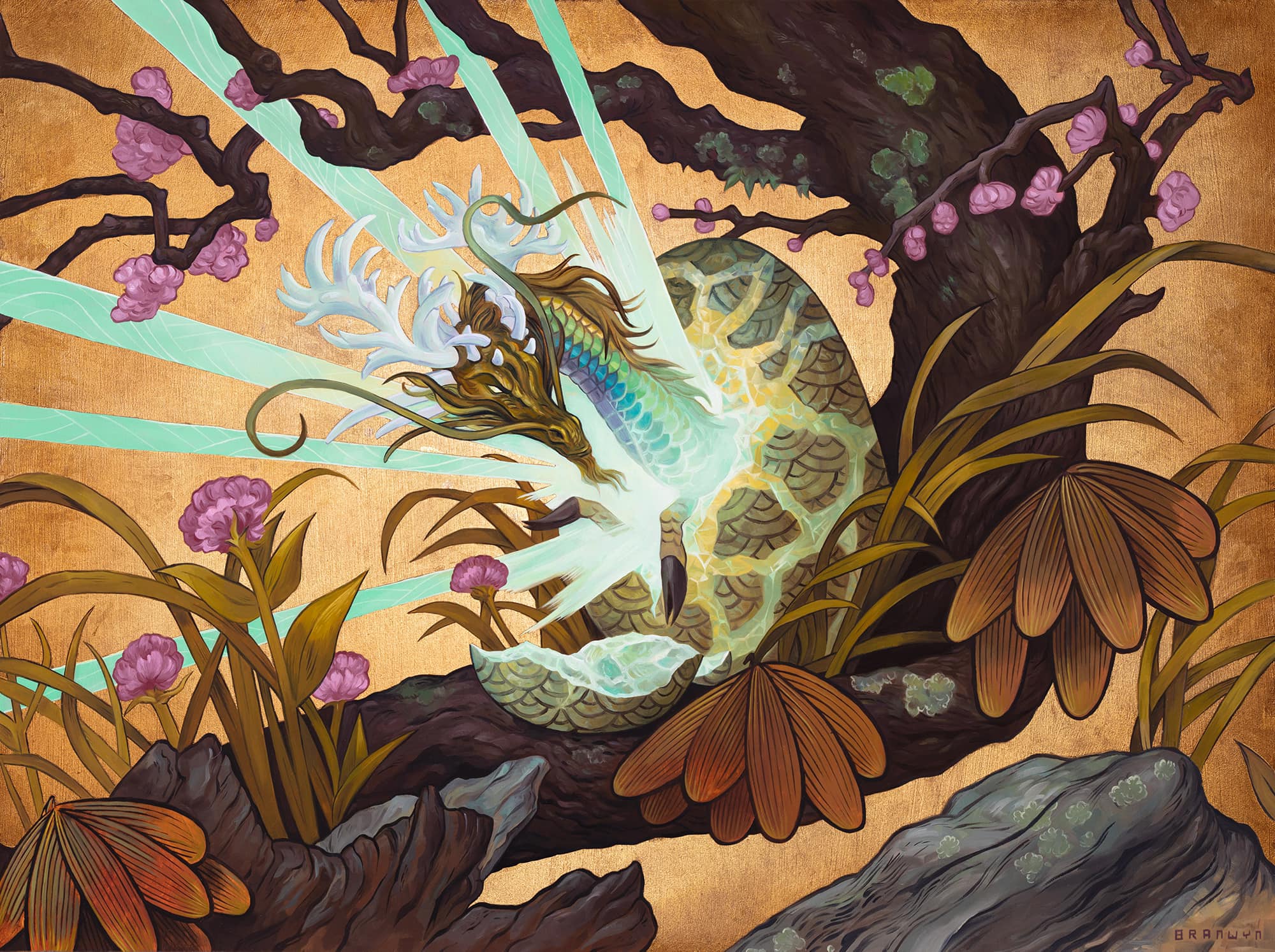 Wizards of the Coast has slowly been giving support to the Frog tribe and Kamigawa: Neon Dynasty gives it one of its most robust legendary creatures yet.

Throwing a bunch of Frogs in a deck and seeing what happens doesn’t yield great results in Commander or 60-card formats. A lot of Frogs throughout Magic: The Gathering‘s history are small utility creatures that fill a role, but don’t dominate the battlefield.

This trend shifted with the printing of Grolnok, the Omnivore in Innistrad: Crimson Vow, giving the tribe a two-color commander with a graveyard theme. Neon Dynasty introduces a new Frog-tribal card that supports an Enchantment matters theme in three colors.

Tatsunari, Toad Rider is a Human Ninja that will lead your Frog army into battle.

If nothing else happens, Tatsunari will be a bomb in Limited. This card is three mana and puts six power onto the battlefield. It can happen in the same turn if you play it on turn four or five and has a cheap two-mana Enchantment. The activated ability is also effective by making both Tatsunari and the token it creates unblockable to most creatures. First pick this card in Limited every time.

The value of getting two creatures for three mana extends to constructed formats, too. Tatsunari wants to be played in a deck running a high number of Enchantments to get maximum value. You’ll want to get Keimi out as fast as possible then slowly drain your opponent with each Enchantment you cast.

Neon Dynasty has a heavy Enchantment theme that will provide good cards for a Sultai Tatsunari deck in Standard. There are already some good options in the format.

Druid Class and Ranger Class are both cheap Enchantments that are good on their own while also working with Tatsunari and Keimi’s triggers. The rune cycle and sagas from Kaldheim are additional options for cheap, effective Enchantments.

For hopeful Frog-tribal players, Tatsunari gives the tribe another option. Outside of any Frogs coming in Neon Dynasty, there are currently four Frog creatures in Standard: Burrog Befuddler, Froghemoth, Grolnok, the Omnivore, and Unwilling Ingredient.