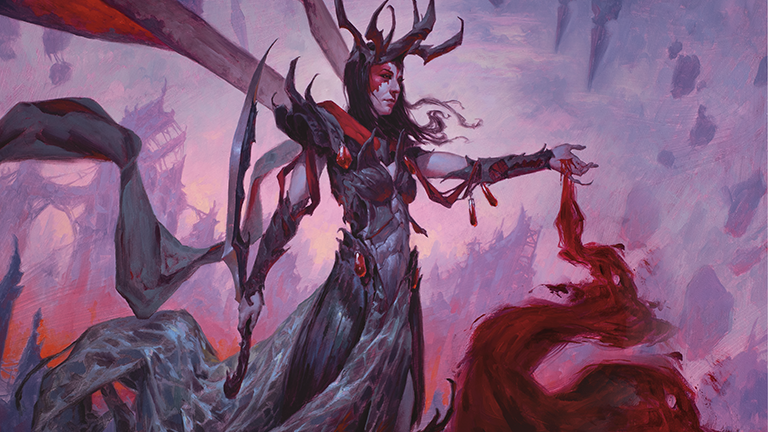 A collection of three black legendary creatures were revealed during the first day of Zendikar Rising spoiler season.

Each of these potential Brawl commanders or build-around Standard pieces care about narrow strategies and are engines for effective graveyard recursion.

Drana is going to be a fun commander or piece of a vampire Commander deck. As a viable creature in Standard she seems to fall short. While the ability is strong with the right setup, having to untap with a creature and attack might be too slow for the current Standard environment. There’s plenty of cheap removal that could take out Drana like Heartless Act or Murderous Rider. In addition, giving the opponent a choice as to which creature to pick from your graveyard its a certainty they’ll pick the weakest card in your graveyard to return.

Orah’s true power won’t be revealed until weeks after Zendikar Rising releases. The ability to get a Cleric back from the graveyard that’s less CMC than the one that died screams combos. With combo engines that aren’t obvious, it takes a few weeks for players to understand the lines of play that maximize value. Be on the lookout for this card to create some interesting gameplay loops.

Zareth’s ability is similar to ninjitsu bit for the Rogue creature type. The card having flash means it can come down as a surprise blocker if his main ability isn’t relevant. Being able to grab a permanent from your opponent’s graveyard is huge. The obvious like of play is to use Zareth’s ability to come in, deal combat damage to your opponent, and take the opponent’s biggest creature.

There are some interesting lines of play that are enabled, however, because the card says “target permanent card from that player’s graveyard.” This means lands, like Field of Ruin or possibly an artifact like The Great Henge can be grabbed. It’s a versatile powerhouse for Rogue tribal strategies in the upcoming Standard format.