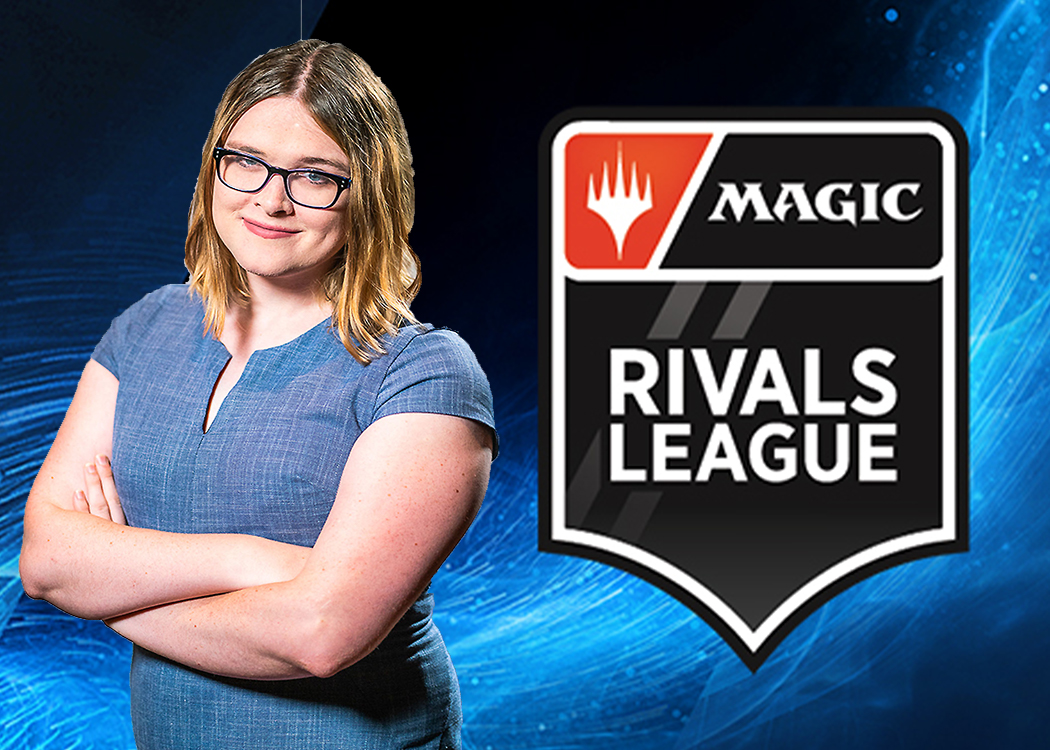 Before the 12th and final Swiss round of the 2020 Magic: The Gathering Grand Finals, Emma Handy had to win her next match against Ken Yukuhiro. Sitting at a record of 7-4, a win would put her in the top eight. Not only would that be her first top Magic Esports finish, but she knew respect was on the line.

Handy is a member of the Rivals League, writer for Star City Games, and Magic caster. There’s no doubting her knowledge or skill at the game, but there’s a portion of results-oriented fans that won’t care about her credentials without top finishes to her name.

“Just being able to have that sort of top finish is the kind of thing that makes people give your opinions more validity and it does not matter if I play well or play poorly in a match,” Handy said. “That’s something that I wish was different in the Magic community because there are plenty of people I’ve seen who don’t have top finishes but are actually incredible at the game like I’ve played.”

Despite those worries, Handy dispatched Yukuhiro 2-0 and gained her first top finish in the biggest event of the year so far. When looking back at the tournament, Handy was one of the more memorable players at the 2020 Grand Finals for taking the Omnath, Locus of Creation menace head-on.

The Gruul Adventures list that Handy and her testing team brought stood out in a sea of the now-banned Omnath decks. The strategy leveraged the inherent value of adventure creatures with some clutch inclusions developed in the testing lab.

The international crew Handy worked with was full of heavy-hitters. Including fellow top-eight finisher Autumn Burchett, Luis Salvatto, and Piotr Glogowski. The team had representation from the United States, Poland, United Kingdom, and Argentina. Magic is an individual esport and success and failure come down to individual performance. But having a group of high-level players to test the effectiveness of decks is an integral part of tournament preparation.

Handy weighed all options but was drawn to the Gruul Adventures strategy that performed well against Omnath Adventures in smaller tournaments. Those eye-catching results inspired Handy to see if it was the real deal.

Long days and constant refinement were how Handy prepared Gruul Adventures for primetime. After all, just because the deck performed well at a lower level doesn’t mean it’s viable to copy and paste the list for the biggest tournament of the year.

Handy spent time grinding games and determining which cards are actually good in the deck. While that sounds simple, Handy explained that the process is much more involved than looking at stats and mana costs.

“Let’s say you have some good card in your hand,” Handy said. “How hard is it for me to make this a good card? Do I have to navigate to where this is a good card? If I am having to navigate how good is it? Is it worth putting all of this effort into making it good? If it’s not then that’s the kind of card that I’m less interested in playing.”

Handy saw no value in Questing Beast, which is typically run in lower-level lists. The traditionally powerful card wasn’t a good fit for the 2020 Grand Finals tournament metagame because it unfavorably traded with Omnath and didn’t affect the board in any meaningful way. Another calculation was the de-emphasis of the Adventure-side of the deck. While Handy took advantage of Adventure creatures, she stayed away from cards like Rimrock Knight.

A strong inclusion to the deck was Brushfire Elemental, which turned out to be one of the most valuable cards in the decklist. Outside of being a strong attacker and pseudo-Questing Beast when attacking, it also justified playing Embercleave because Fabled Passage and Evolving Wilds had value outside of mana fixing.

Through these changes, Handy is grinding the ladder on Arena. Handy said that playing on Arena is more about developing an idea of what works and not about wins or losses. It’s not necessarily about the game she’s playing but the situations and interactions between cards that come up in any given game. Generally these interactions will be similar in Arena as they are in tournament play.

“It’s so hard outside of committed playtesting with other people to actually gauge how good your opponent is and how much you can expect. I’ve found it more useful to try and be introspective of how I felt during the games and how I’m evaluating,” Handy said.

All of this isn’t to say Handy was entirely convinced of Gruul Adventure’s power. The decision to register the deck came at the last minute, a seemingly common practice among high-level Magic players before big tournaments.

“That led to me going down the rabbit hole a little bit and tuning the deck a considerable amount for the next couple of hours. Sleeping for four or five hours, waking up an hour and a half before deck submission with some input from teammates. Then I changed the deck a little bit based on those and said, ‘OK, I think I actually have something real. I’m submitting this. Y’all don’t have to. I can’t say I’m confident but I think I will get more match wins with this deck.”’ Handy said. Burchett and Savatto both ended up submitting the deck as well.

The zero-hour decision to play Gruul Adventures paid off for the seasoned aggro player. The Rival’s League competitor showcased her thoughtful play and killer instinct en route to her first top finish and an 8-4 record in two days of Swiss competition. Burchett also made the top eight with Gruul Adventures and they went undefeated on day one.

It wasn’t just Handy’s impressive play that garnered attention during the Swiss rounds, but her unique approach to staying focused during tournament matches. Whereas other players remain relatively stoic during gameplay, Handy instead finds rocking out to music helps her focus. With Magic competition moving online for the foreseeable future, Handy said it pushed her to explore methods to help her concentrate better.

“When I’m playtesting I have two or three streams up, playing a match, and reading decklists at the same time. I’m just trying to consume as much information as possible. I will also have music playing in the background. I obviously can’t have streams up or anything like that while I’m playing, but I can certainly listen to music,” Handy said.

As for what Handy listens to, it’s an eclectic mix of music. The first two days were heavy with Handy’s air-drumming to “Waking the Demon” by Bullet for my Valentine. When Handy isn’t air-drumming on stream, she’s hammering on her own drum set. She threw in some A$AP Rocky and “Defying Gravity” from the Wicked soundtrack for good measure. She broke out her Halsey playlist for the top eight.

The top eight consisted of multiple testing teams that managed to get duos into the top eight. Raphael Levy and Gabriel Nassif made it to the top eight after testing together. Aaron Gertler and Austin Bursavich were teammates that ended up battling it out in the finals. While Magic tournaments are individual brackets there’s still value to having a teammate in the field. Handy and Burchett both discussed the matchup against common opponent Seth Manfield, who sideboarded differently against each of them.

“A lot of times whenever one of us is successful in an event we’ll be talking to each other the whole time anyway. We just were very close even before this event. We worked together for a year or more,” Handy said.

The work isn’t over for Handy coming off her top-eight appearance at the 2020 Grand Finals. She’ll dive into Rivals League play this weekend with the beginning of the Zendikar Rising split. Catch Handy, and all the Rivals League competitors, at monthly League Weekends on the Magic Esports Twitch channel.