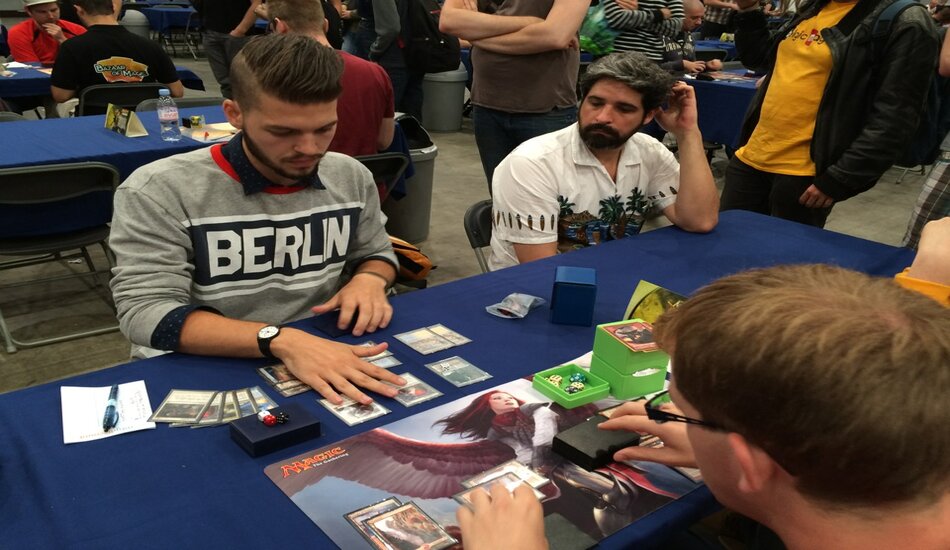 Riley Knight has played Magic: The Gathering and casted numerous tournaments since 2012. But now, he’s raised money for the New South Wales Rural Fire Service in Australia by giving away his MTG playmat collection.

Volunteer firefighters have stepped up to battle the fires raging across Australia. And in the Christmas spirit of giving back, Knight raised over $1,000 for the NSW Rural Fire Service by sending out his collection of tournament playmats from every Grand Prix and Players Tour that he’s attended.

The MTG caster still has a few playmats left for those who donate $25 or more to the NSW Rural Fire Service. He’ll even throw in a signature upon request.

The Australian fires have consumed almost twice as much acreage as the 2018 California fires, according to the BBC. Tens of thousands of volunteer firefighters are taking leaves of absence from their day jobs and pulling 10 to 15-hour shifts in an effort to contain and squelch the blaze.

Over 70,000 people are a part of the NSW Rural Fire Service, with almost 90 percent of them being unpaid volunteers. The fires have been consuming Australia since September and over 3,000 Rural Fire Service members have been fighting the deadly blazes on a daily basis.

Knight began his campaign to raise money for the NSW Rural Fire Service on Christmas and the responses on Twitter began rolling in almost immediately from the MTG community. With donations ranging from $25 to $100, Knight’s playmat collection raised over $1,000 in less than 24 hours.