Renata, Called to the Hunt is a powerful go-wide enabler in MTG Theros: Beyond Death 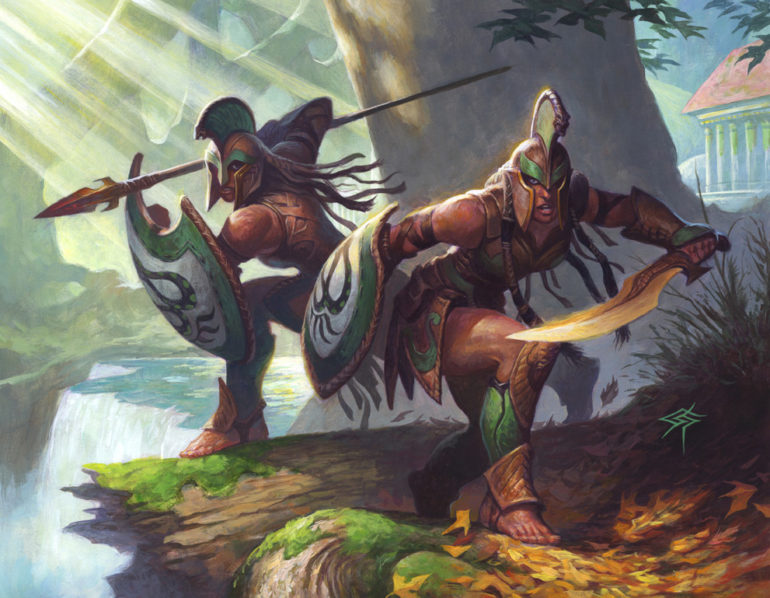 Green decks get another great tool for the box later this month when Theros: Beyond Deck launches for Magic: The Gathering. Renata, Called to the Hunt is a go-wide enabler that makes every creature you play after it stronger.

Renata is another addition to the uncommon Demi-god cycle. With enough green, she can be a powerful attacker—but that’s really not where she shines. Her second ability, which adds counters to every other creature you control as they enter the battlefield, is the real value.

Adding counters onto creatures as they come down is nothing new in Standard. The Great Henge and Grumgully both see play and can lead to dominating midrange board states that green decks love so much. Renata is likely one of the more expensive plays you’ll have in this deck, but it may see play if added onto a go-wide token deck or Riot decks. In Brawl or Limited, this is going to be an easy addition in the right decks.

Sure, it’s vulnerable to sweepers and requires some set up, but that’s a small price to pay for go-wide greatness.

Theros: Beyond Death will be released digitally on Jan. 16 and via tabletop on Jan. 24.