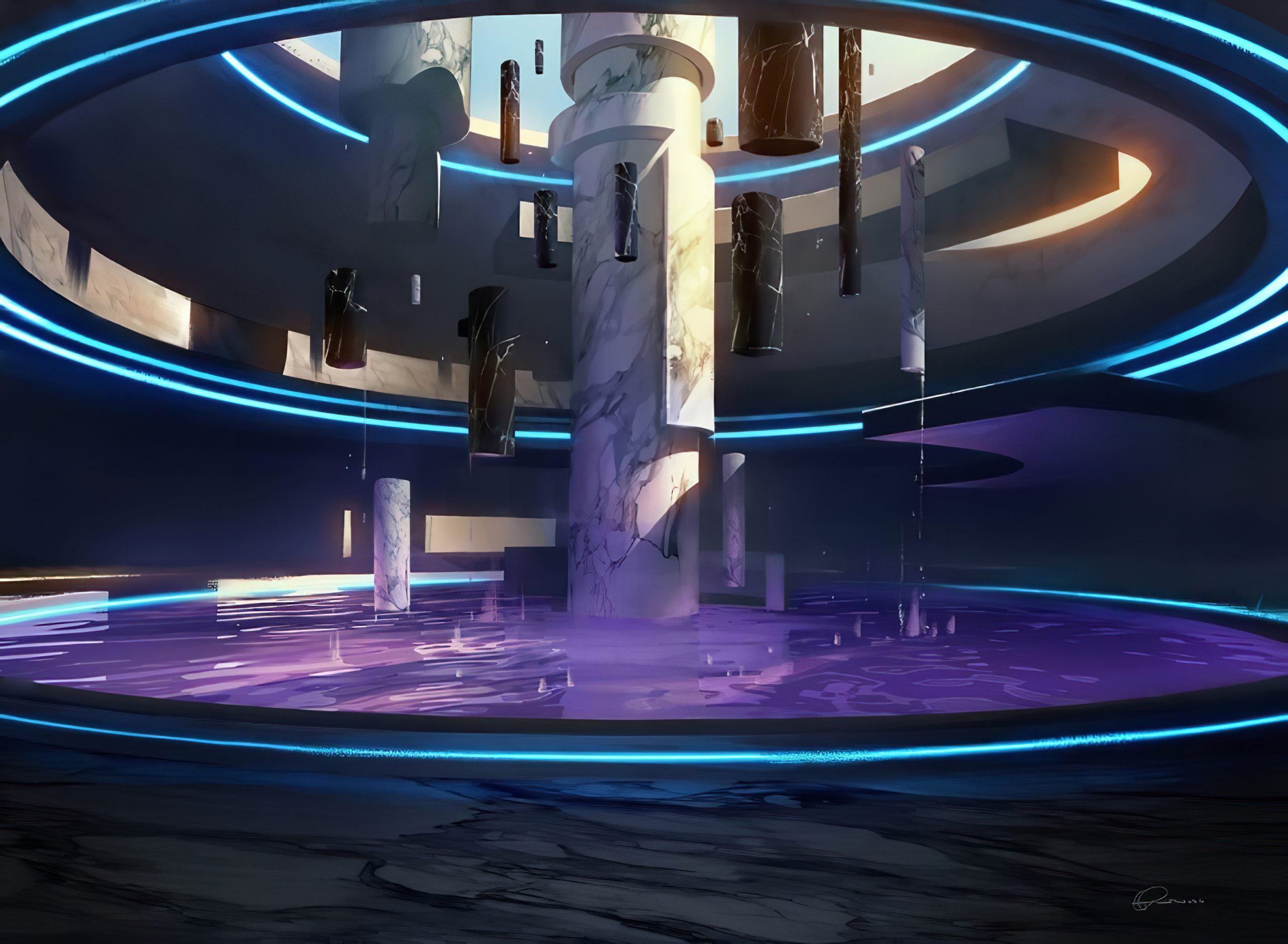 The newest iteration of Commander Legends is set in the Dungeons & Dragons universe, a follow-up from 2021’s main expansion set Adventures in the Forgotten Realms.

Commander Legends: Battle for Baldur’s Gate is set for release on June 10 and will be a draftable set with four preconstructed decks also releasing at the same time. Previews begin in May, shortly after the preview season for Streets of New Capenna, a Standard-legal set.

Battle for Baldur’s Gate includes a host of new cards set in the D&D universe alongside reprints directed toward pleasing Commander players’ needs. During this week’s Weekly MTG stream, Wizards of the Coast revealed some of the reprints that are coming with the upcoming set. 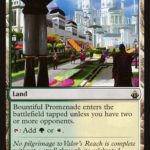 A suite of Rare lands is coming back. The “Battlebond” lands, also known as Crowd lands first printed in 2018, are designed for multiplayer play. These dual lands enter the battlefield untapped if you have two or more opponents. These coveted lands have increased in price over the last year with most being above $20; the most expensive being Morphic Pool at $45.

Another reprint is Reflecting Pool, a land that can tap for any color that a land you control could produce. It’s a $20 land in need of a reprint due to Commander’s popularity. 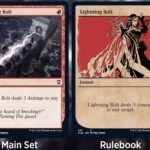 Wizards is also taking the opportunity to print classic spells in the showcase frame introduced in Adventures in the Forgotten Realms.

Lightning Bolt and Fireball are getting reprinted with showcase rulebook frame, the first noncreature spells to use the alternate style. Lightning Bolt is being printed at Common. While it’s one of the most powerful spells in Magic, its strength is diminished when placed in a multiplayer game.