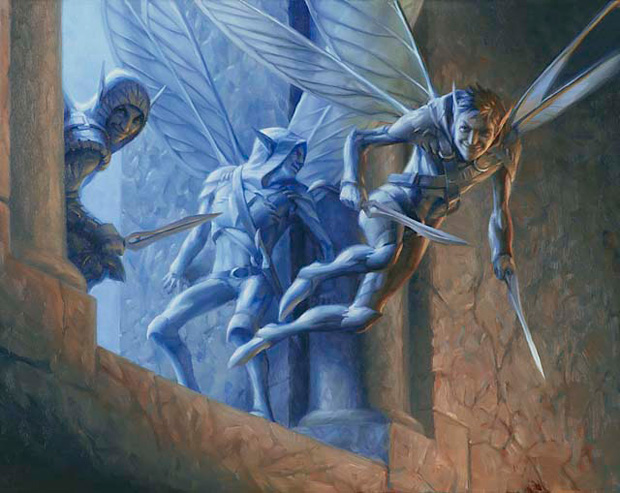 The Faerie tribe is growing in Magic‘s newest set, Throne of Eldraine (ELD). Rankle, Master of Pranks has been added as the tribe’s newest legendary, and he solemnly swears that he’s up to no good.

Rankle has a very interesting and flexible design. Despite the range of abilities he has at his disposal, his strength lies in the fact that he has haste. This twist means that his abilities can be used immediately, giving you an edge that could snowball into victory.

Winning with Rankle means choosing correctly which mode to take advantage of. That choice will depend on the board state and situation. Is your opponent low on life? Tick them one further point down. Are they grasping just a single card in hand, hoping to cast it next turn and win the game? Punish them by choosing to discard. Low on creatures? Force the sacrifice.

Where Rankle will really shine is in Brawl and Commander decks. He’s a powerful addition to any black deck looking to get a unique threat out and ride it to victory. The beauty of Rankle is that opponents won’t want you to have the flexibility he provides. While he’s unlikely to be your win condition, he will still demand an answer from your opponent.