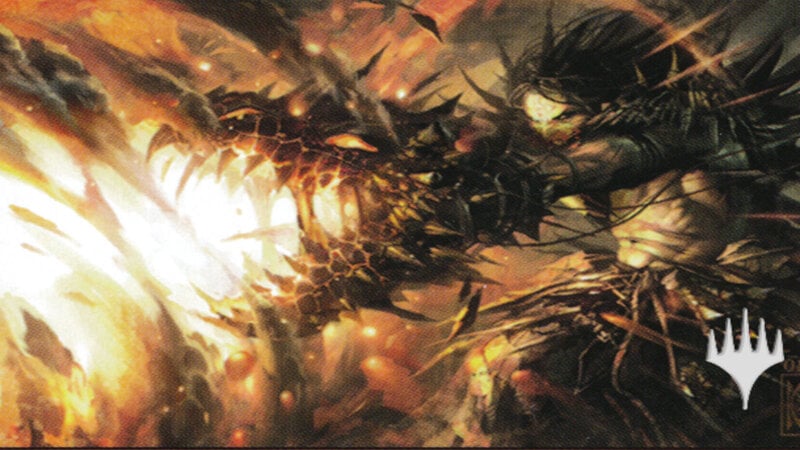 A third Intervention from the Theros: Beyond Death cycle revealed Purphoros’s Intervention, a Sorcery spell that should have been an Instant.

Banefire was once the go-to game finisher in the MTG Standard format because it couldn’t be countered when “X” was five or more. Revealed today during the Theros: Beyond Death (THB) spoilers, Purphoros’s Intervention is similar to Banefire but lacks Instant speed in exchange for susceptibility to counterspells.

The first option fits well into an elemental tribal theme deck, triggering Risen Reef while attacking with trample and haste. But with a defense of one, it can easily be removed with Shock or Drag to the Underworld. And the second option is a Banefire look-a-like that deals twice X damage. But it’s at Sorcery speed and is susceptible to a low-cost counterspell like Negate or Quench.

In the THB Limited format, Pruphoros’s Intervention might be worth picking up. But with a rarity of Rare, there are already better options to choose from. And there are still around 80 THB cards that haven’t been revealed yet.

Test out Purphoros’s Invention when Theros: Beyond Death releases digitally on Jan. 16 and via tabletop on Jan. 24. A pre-release weekend is also taking place from Jan. 17 to 19.