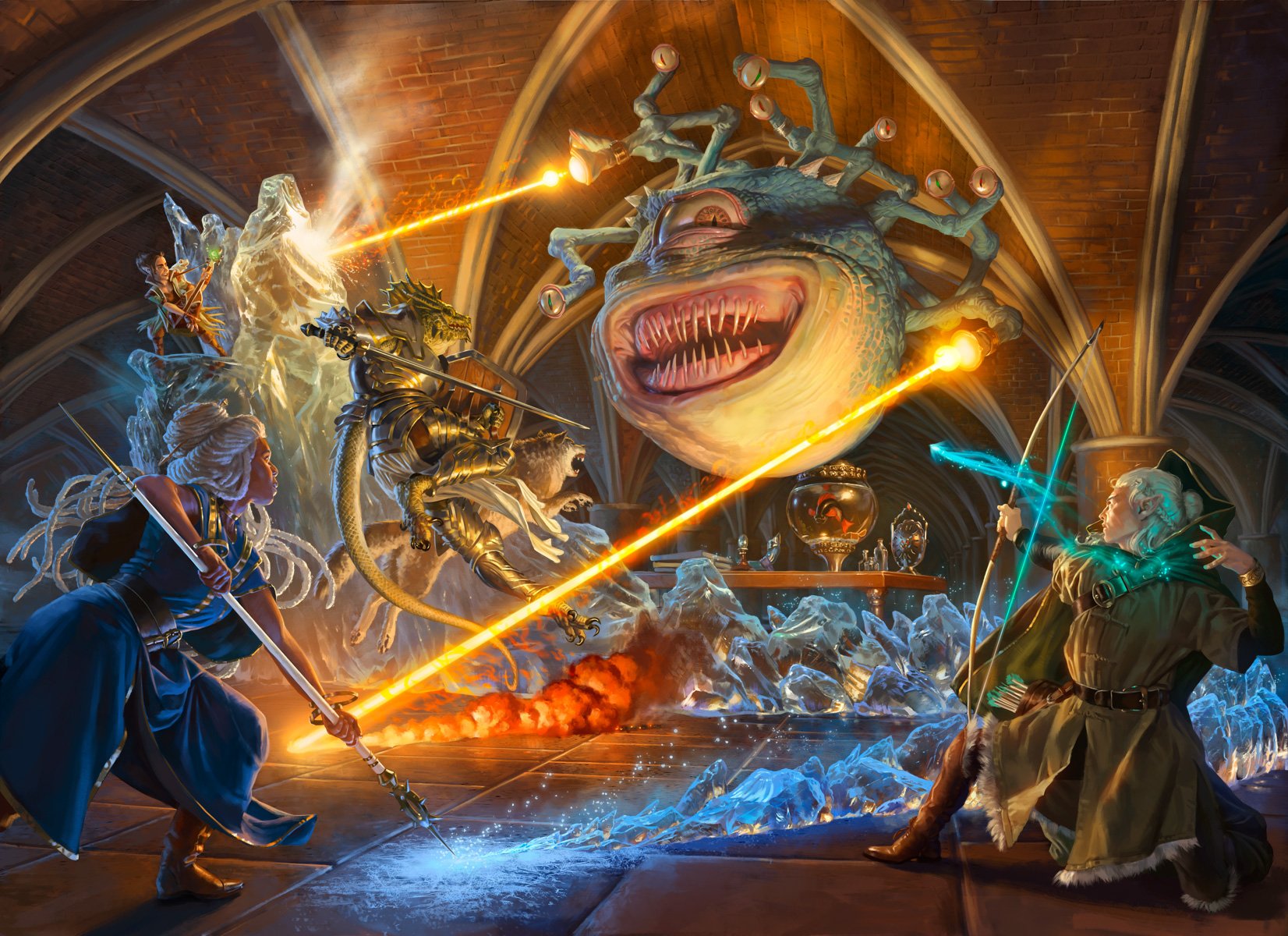 Before every set, Rosewater gives over a dozen hints pointing to new mechanics and unique card designs. These blogs are a great source of speculation throughout the community.

With the upcoming set being based on D&D, many of the hints point directly to certain well-known characters and items in the classic role-playing game. Here are some of the notable teasers and what they could mean.

This points to the inclusion of Minsc and his hamster companion Boo. The characters are predominantly featured in the Baldur’s Gate series of video games and novels. Most likely this will be Minsc as a legendary Human that enters the battlefield with a Boo token. Minsc could be another piece in the Human tribal decks found in each Magic format.

“Something only seen previously in Un-sets comes to black border.”

A dice-rolling mechanic seems like the clear choice. Dice are a major part of D&D gameplay. Unglued, Unstable, and Unsanctioned each had six-sided dice rolling as a key part of the sets, but has never appeared in official black-bordered sets. D&D is known for twenty-sided dice, but six-sided dice are more commonly found in the average household.

In the unlikely event that Rosewater isn’t referring to dice, it could point to Contraptions, another popular -Un mechanic.

“A card that creates a legendary creature token named Vecna.”

Vecna is a classic villain in D&D. The powerful lich first appeared in Second Edition. The only physical remains of Vecna are the hand and eye. This suggests an Artifact named “Hand of Vecna” that can create Vecna. The card could also be a phylactery, a jar that stores the life energy of a lich.

This almost certainly points to Owlbear making an appearance. The monster has been around since the beginning of D&D and is one of the more notable ones in the game’s canon. This could end up being a 2/2 for two mana at the Common or Uncommon slot.

Asmodeus is the most powerful devil. He is the ruler of devils and a notable deity who dates back to First Edition. This is the most likely character to be represented as a Devil God creature type. Devil is generally an undersupported creature type. A possible Asmodeus card could be the key Commander Devil-tribal lists needed.

This is certainly Xanathar. The elder Beholder is featured in the early promotional art for Adventures in the Forgotten Realms. Xanathar is a powerful crime lord and leader of Xanathar Thieves’ Guild. The character was featured in the first Fifth Edition expansion Xanathar’s Guide to Everything in 2017.

Return to Dot Esports on June 30 to see our exclusive Adventures in the Forgotten Realms preview card.