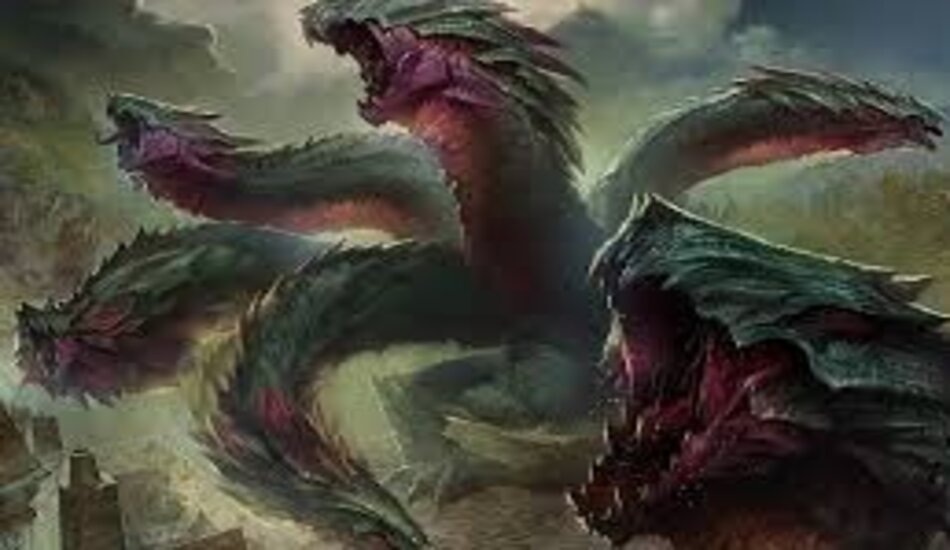 Hydra power increases in Standard with the addition of Polukranos. Unchained, a Theros: Beyond Death spoiler from today.

Hydra Commander players can rejoice with the reveal of Polukranos, Unchained. It’s a legendary hydra zombie that’ll wreak havoc in Limited when drafted and has massive potential in Constructed. With numerous abilities, Ploukranos, Unchained may be the best legendary creature in Theros: Beyond Death (THB).

Plukranos starts as a 6/6 upon entering the battlefield and if it’s cast using the new THB Escape mechanic, it returns as a 12/12. It can survive Deathtouch and with a low mana cost ability, the zombie hydra can fight another target creature.

Pulkranos also has deadly synergy with Gargos, Vicious Watcher from the M20 set. Gargos reduces the mana cost of hydra creature spells by four, and this includes the cost to Escape Plukranos from the graveyard.

The overpowered hydra can drop on the battlefield as early as turn three with ramp and its counters can increase with the Proliferate mechanic. But because it has counters, Pulkranos is extremely weak against a creature like Blightbeetle.