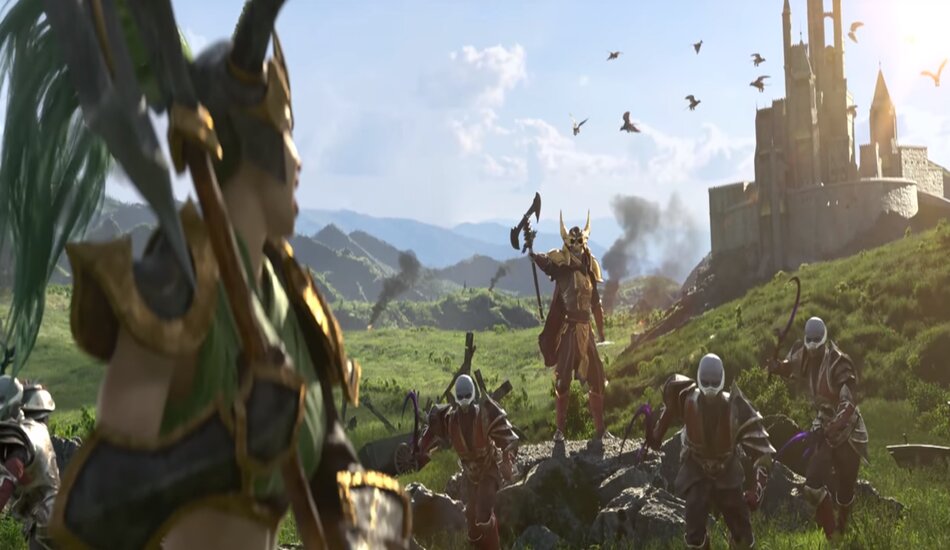 Screengrab via Arc Games and WotC

Enter the world of Magic: The Gathering as a planeswalker in the new MMO action RPG, Magic Legends.

Revealed during the Game Awards last night, players wander the planes of MTG and choose their paths in Magic Legends.

Magic Legends was developed by Cryptic Studios, who’s been working on the MMO action RPG since 2017 in conjunction with Wizards of the Coast and Arc Games. Players can pick between five different classes as a planeswalker and choose their path.

The objective in Magic Legends is to control the chaos spreading across the planes in real-time combat. Players strategically pick spells and travel to various planes to save the multiverse.

As a planeswalker, a player will discover spells and collect spell fragments on their journey. Either fight solo and or play with up to two other planeswalkers.

An open-beta sign up is available now on the Arc Games website. Players will need to sign up for an account if they don’t have one and will be notified via email if a Magic Legends beta key is available for them. A Discord channel is also available here, providing additional information about the game.

Arc Games and Cryptic Studios are also known for creating games like Neverwinter, based on Dungeons and Dragons, and Star Trek Online. Additional details regarding Magic Legends are coming in January.