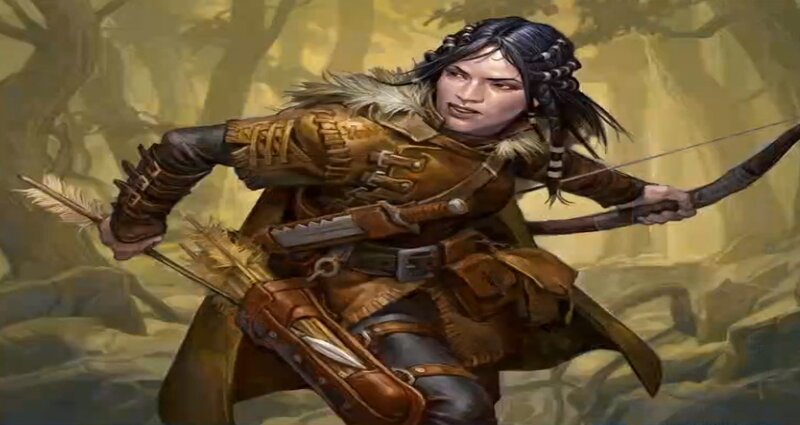 Hosted by senior Magic: The Gathering designer Gavin Verhey, the Future of Commander panel today revealed a revised version of Partner due to Draft in Commander Legends.

Partner was first introduced to the Commander format via Commander 2016, a keyword that allowed players to have two commanders if they both have Partner. The mechanic was also used in Battlebond, producing broken results. Monocolor Partner in Commander Legends was an answer to solving Draft issues, according to Verhey.

“It was perfect,” Verhey said. “You could draft a red partner and still easily find a Monocolor Partner of a different color to pivot into while keeping your red color alive. This is pretty similar to a normal draft, where you will start off drafting a color and then look for another color to be open.” 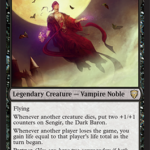 A total of three Monocolored Partner cards were revealed today: Sengir, the Dark Baron, Halana, Kessig Ranger, and Alena Kessig Trapper. Gaining power via creatures dying, Sengir, the Dark Baron is an example of ways to use Monocolor Partner in Commander Legends. He gains two +1/+1 counters and the Partner who was sacrificed triggers its “dies abilities” thanks to the new rule change.

“Thanks to the dies change, your Commander triggers ‘dies effects’ when it perishes,” Verhey said. “This is a card that particularly loves partners who die.”

Halana, Kessig Ranger, and Alena Kessig Trapper, on the other hand, support one another via Monocolor Partner

“Of course, unlike partner with, you can pair these up however you want,” said Verhey. “If you want to bring Halana and Baron together, then go for it—and enjoy as you fight off your opponent’s creatures to grow the Baron.”