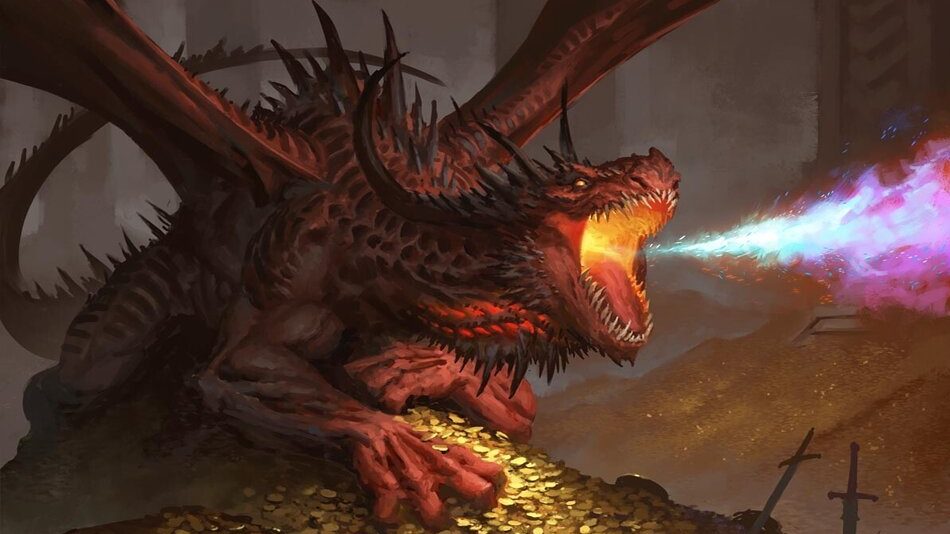 Magic: The Gathering’s newest set is Throne of Eldraine (ELD) and several new cards seem geared perfectly for the coming Standard season. Opportunistic Dragon is one such card. It’s a strong flying creature with a unique removal ability.

As a 4/3 flyer for four mana, Opportunistic Dragon is a solid creature that slots well into any midrange deck. But with creatures like Skarrgan Hellkite around, it’ll need to bring more to the table for serious consideration in Standard.

Opportunistic Dragon’s other ability needs to shine and it does so by playing a great role in unique removal. As a clear reference to mythical dragons’ propensity of stealing treasure and princesses, Opportunistic Dragon steals a Human creature or artifact from its opponent and locks it away from doing anything.

There will definitely be ways to abuse this ability, such as in a sacrifice deck that steals your opponent’s best Human then sacrifices it for value. But Opportunistic Dragon will most likely shine brightest as a sideboard card to bring in against specific meta decks. There should be plenty of targets for Opportunistic Dragon to steal in the meta, with powerful artifacts like Bolas’s Citadel and Golos, Tireless Pilgrim being bolstered by newcomers like The Circle of Loyalty.