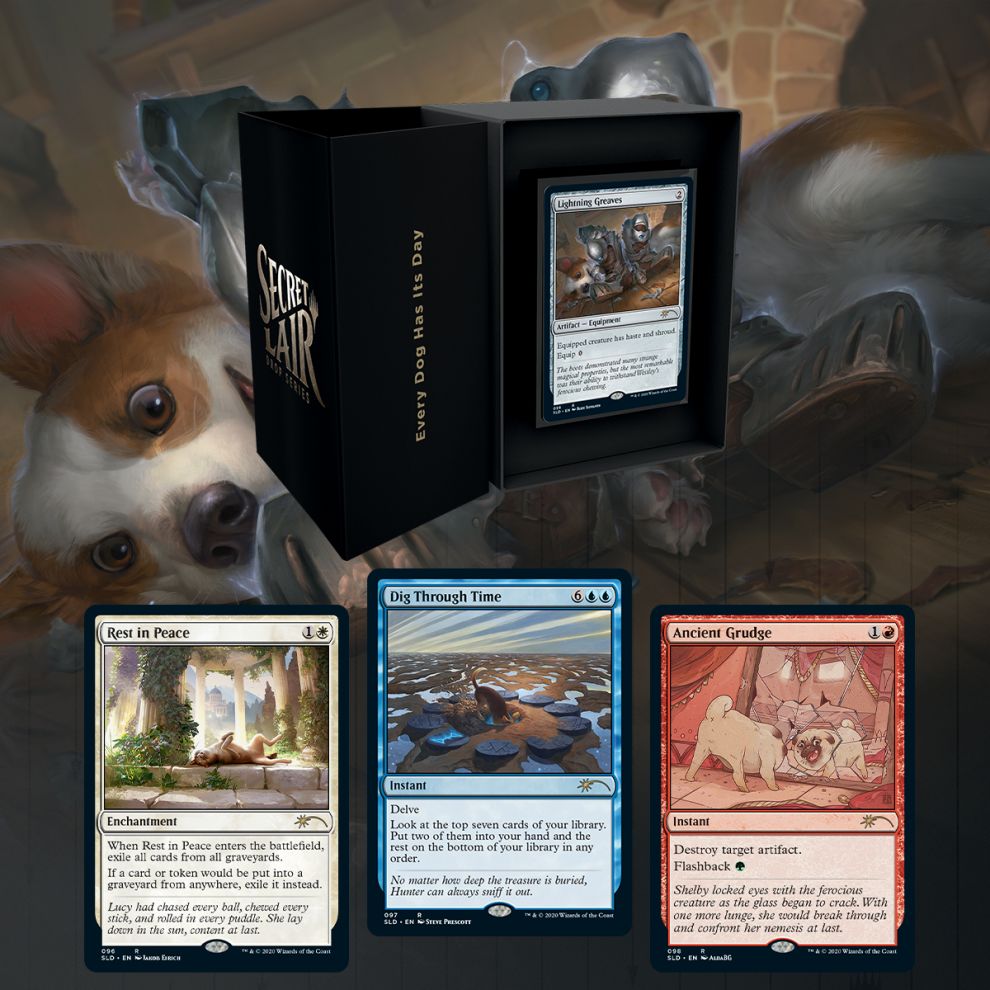 Image via Magic the Gathering Wizards of the Coast

In celebration of International Dog Day on Aug. 26, Wizards of the Coast announced the release of a new Secret Lair featuring canine renditions of classic Magic staples.

Sales begin for Every Dog Has Its Day on Aug. 26, but will not ship until Oct. 31 through Dec. 15. The four-card set contains new artwork for four Commander staple Magic cards that are tournament legal, just with unique art. The collection comes in foil and non-foil. The non-foil version runs $29.99 and a foil edition comes in at $39.99. 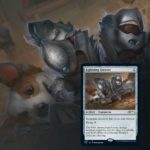 In addition to special alternate art cards buyers will receive digital awards for Magic Arena and Magic: The Gathering Online. For those playing Magic Arena, they will receive one single-use code for a Every Dog Has Its Day themed in-game sleeve. Those with MTGO can redeem their single-use code for one copy of each alternate art Secret Lair exclusive to use digitally.

As with all Secret Lair releases the collection will only be available for a limited amount of time. Check out the timer on the Secret Lair website for a second-by-second countdown until release and make sure not to miss out if you’re interested in buying.