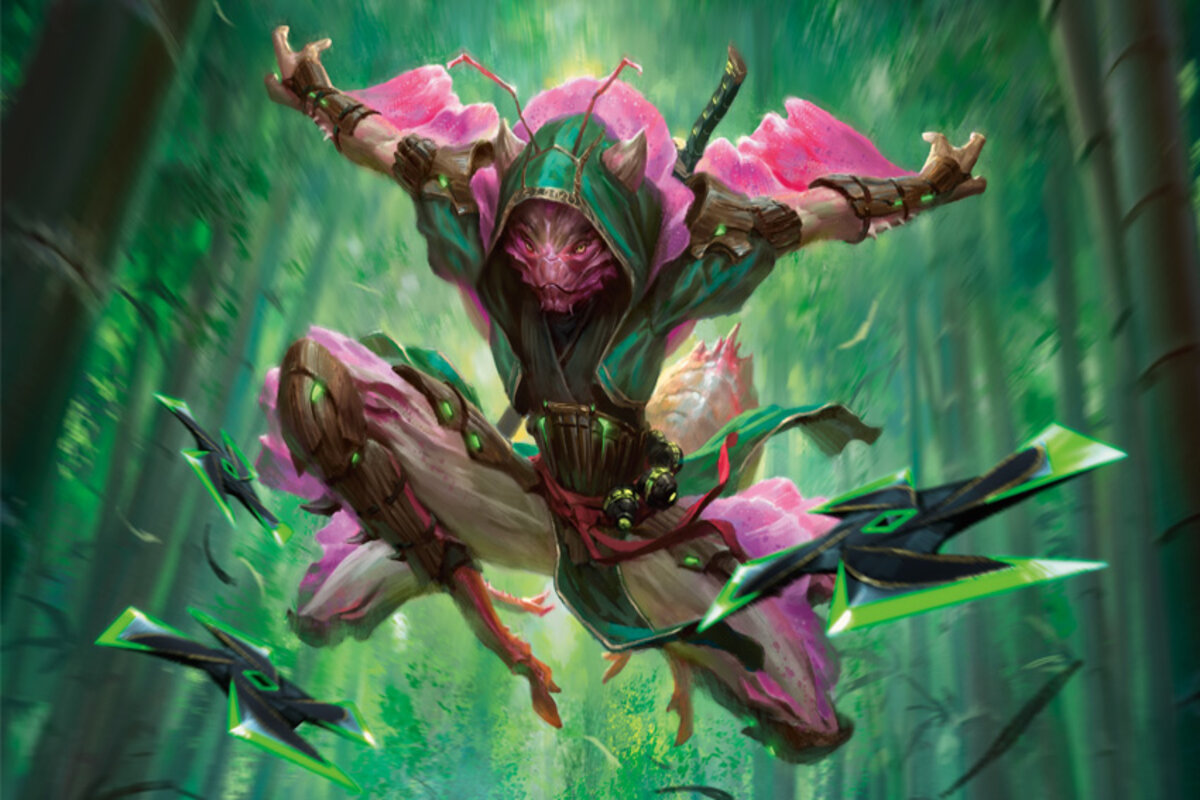 A new insect ninja creature type not found in the original MTG Kamigawa block invades Kamigawa: Neon Dynasty (NEO), showcasing 6/5 stats and the ability to return a permanent card from your graveyard to hand upon dealing combat damage. Using the Ninjutsu mechanic, the five-drop beefy insect can hit the battlefield and deal combat damage to a player with a Ninjutsu cost of only 3G.

The closest creature to Spring-Leaf Avenger within the original Kamigawa block was likely Moonwing Moth, an insect from Saviors of Kamigawa. The NEO ninja insect isn’t one to mess with, however, showcasing powerful stats and the ability to synergize with graveyard shenanigans.

Other Mono-Green creature-type ninjas that have dropped in recent NEO spoilers include Coiling Stalker, Fang of Shigeki, and Kappa Tech-Wrecker. Colors supporting the Ninja creature type so far are Green, Blue, and Black.

The MTG colors Blue and Black support Ninjutsu tribal, containing creatures that either “can’t be blocked” upon attacking or have a keyword like Flying or Menace. Green doesn’t have enough support on its own. An MTG card like Spring-Leaf Avenger might be a good enough reason to splash the color Green, though.

Players can test out the worthiness of Spring-Leaf Avenger with the digital release of NEO on Feb. 10 and a global launch on Feb. 18.