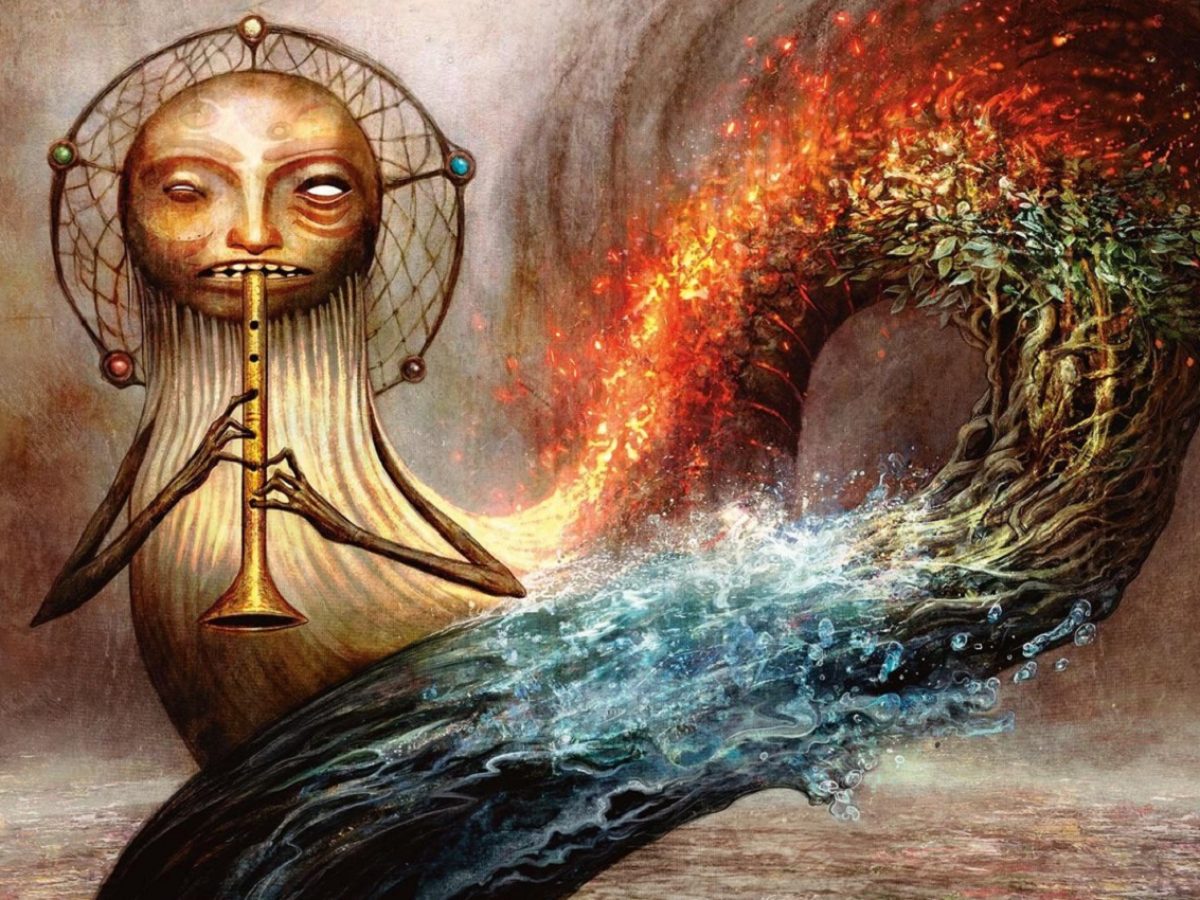 Commander Legends will introduce 71 new legendary creatures and a slew of reprints to Commander in Magic’s unique Limited format releasing on Nov. 6.

In a panel kicking off Channel Fireball’s CommandFest 2, designer Gavin Verhey introduced 10 new cards and three reprints that are in the upcoming set. Cards included in Commander Legends are legal in Commander, Vintage, Legacy, and Pauper.

Sengir, the Dark Baron is one of the most anticipated new cards in the set and was first teased when Commander Legends was announced on the Command Zone podcast in late-2019.

The six-mana 4/4 vampire noble is one of the 41 mono-colored partner commanders in the set. Sengir gets counters when another creature dies and has an interesting second ability. When another opponent loses the game, you gain life equal to that player’s life total at the beginning of that turn.

Sengir fits right into aristocrats strategies becoming a huge creature off a few death triggers. He also synergizes well with some of black’s best finishers like Debt to the Debtless, which can one shot an opponent leading to Sengir’s controller gaining massive amounts of life.

Two more mono-colored partners were announced with the pair Halana, Kessig Ranger and Alena, Kessig Trapper. Both commanders care about getting big creatures on the battlefield to create a tempo advantage. When a creature enters the battlefield you can pay two mana and Halana can deal damage equal to that creature’s power to another target creature. Alena can tap to add an amount of red mana equal to the greatest power among creatures who entered the battlefield that turn. Both commanders are a part of the group of uncommon legends in the set. 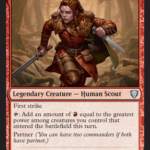 Another theme of Commander Legends is a push to make white a stronger color in Commander. As the weakest color in the format, Wizards of the Coast is pushing to give the color more options to draw cards and create an advantage on board. One of the new cards that exemplify this effort is Keeper of the Accord. The four-mana 3/4 human soldier gives you a 1/1 white soldier token if a player has more creatures than you. Most importantly it also lets you search for a basic land card if a player has more land than you. These triggers happen on each opponents’ end steps. This means with one rotation it’s possible to get three lands or three tokens. Keeper of the Accord acts as a more fair Land Tax-style effect.

Players will finally get the completion of the crowd lands cycle, originally from Battlebond, with enemy crowd lands making their way to Commander Legends. These lands come in untapped if you are playing against two or more opponents, which make them perfect lands to include in every Commander deck. 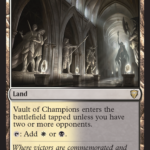 The last new card is The Prismatic Piper which is a small five-mana 3/3. It’s mostly in the set to give players a Commander option in the case that someone finishes a draft without being able to pick a legendary creature.

Prosh, Skyraider of Kher was featured in the stream as one of the many reprint commanders in the set. Command Tower and Commander’s Sphere are also getting reprinted.