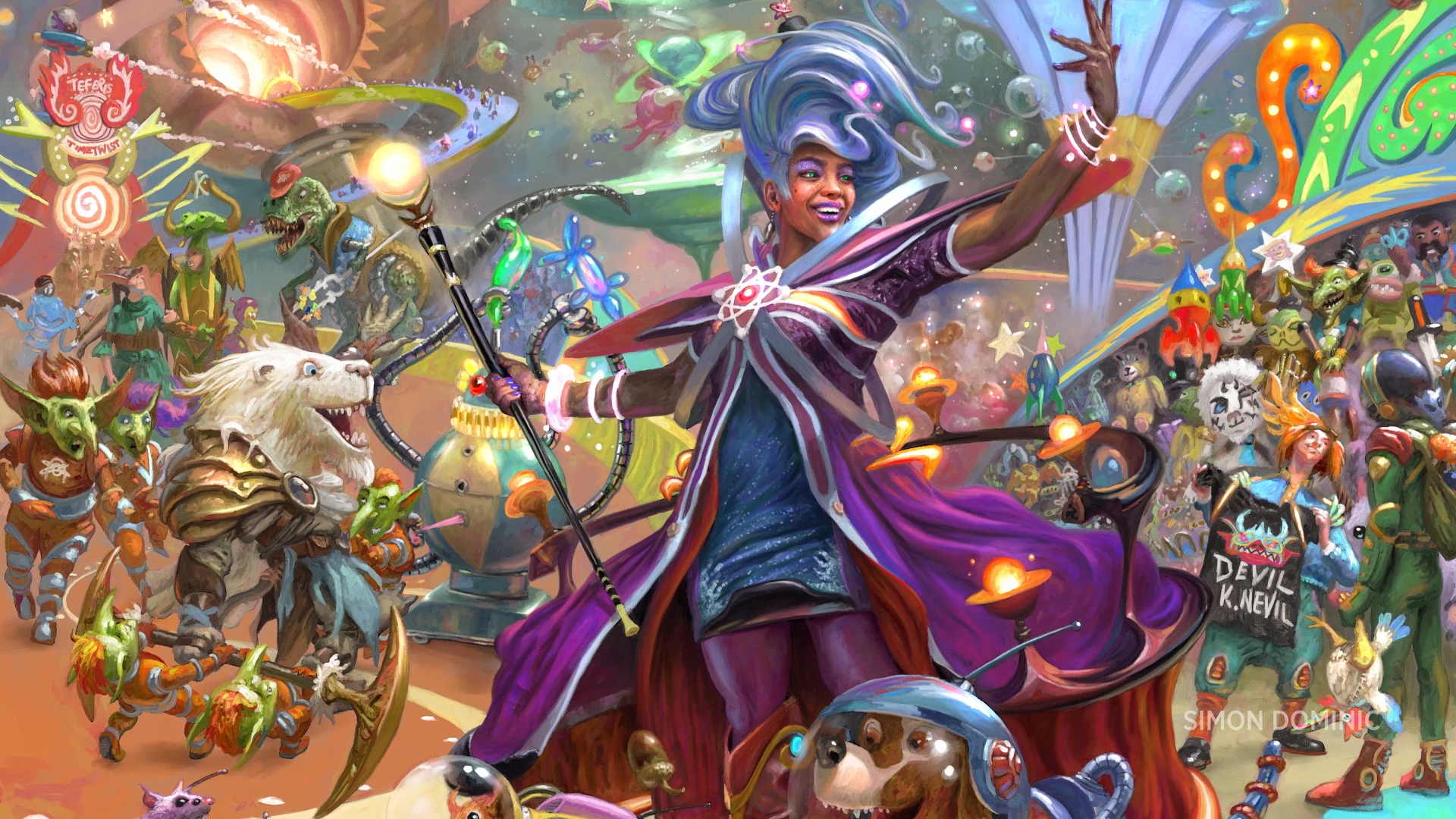 Magic: The Gathering’s newest addition to the -un series of sets is throwing players into an intergalactic carnival full of space thrills.

Unfinity continues the -un series, a group of sets led by game designer Mark Rosewater that is filled with wacky designs and humorous cards intended to be legal in any other formats. Unfinity is a Limited-focused set that brings signature flair and goofiness in a ridiculous space theme.

The key difference between Unfinity and previous sets in the series is the inclusion of eternal-legal cards. Gone is the old silver border treatment. Instead, all cards are black-bordered like regular Magic cards. Cards that are legal in eternal formats like Legacy, Commander, Vintage, and Pauper will have the normal foil stamp at the bottom of the card.

Cards that are not legal in any format will have an acorn foil stamp at the bottom of the card. These cards are only legal in Unfininty Limited, but can be Rule 0’d into Commander games.

The Dot Esports exclusive preview card courtesy of Wizards of the Coast is a situational board wipe that cares about the first letter in a card’s name.

This is a conditional board wipe that’s surprisingly effective, even as an acorn card. Unfinity Limited won’t be as serious as other sets, meaning some cards will be wildly unbalanced and inefficient—but that’s part of the fun. There’s no guarantee this will clear the opponent’s battlefield.

Main Event Horizon is one of the acorn cards in Unfinity that most Commander playgroups probably won’t mind being run. It’s not much more powerful as a board wipe compared to the many other legal conditional board wipes in the format. This card doesn’t warp the game rules drastically and will add a little levity to your Commander games.