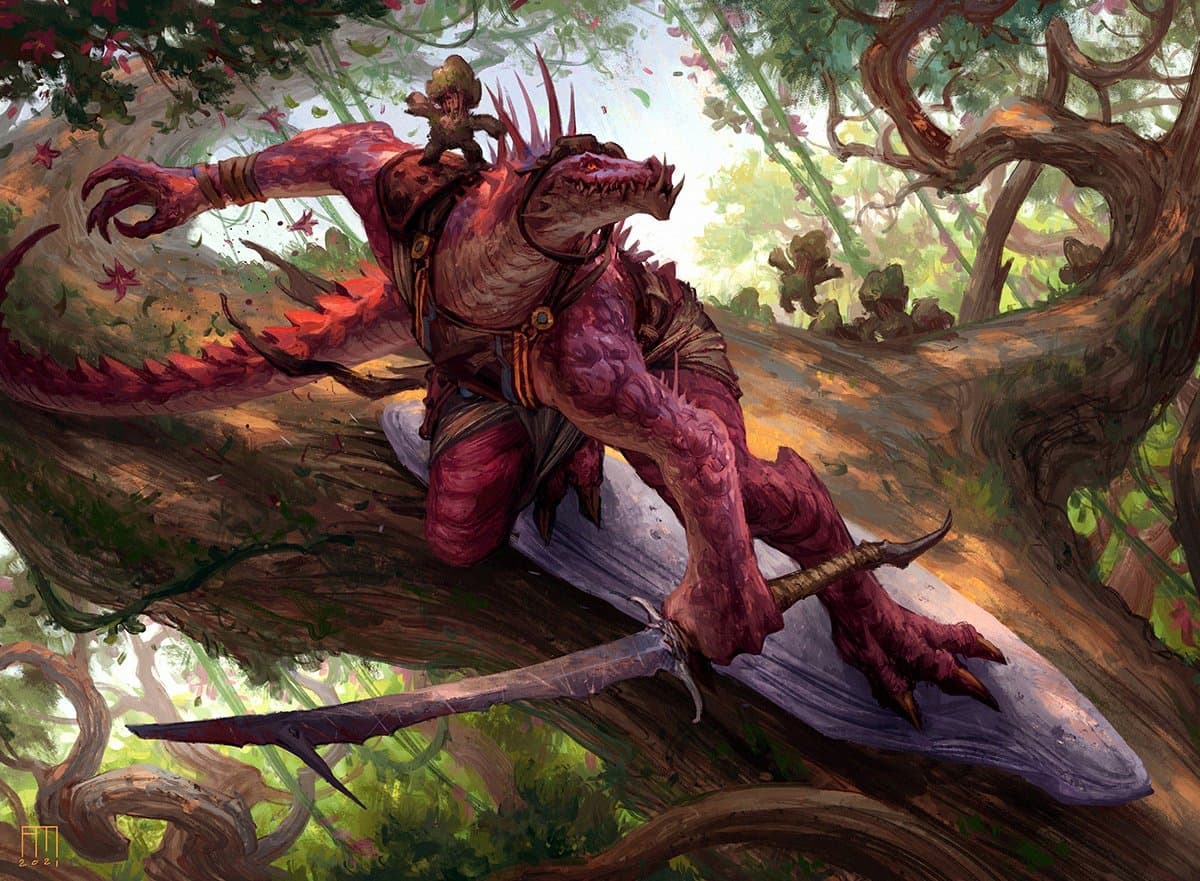 Wizards of the Coast has stepped up the power of Magic: The Gathering Common rarity one-drops for Limited Draft with Viashino Branchrider, a tree surfing lizard that gives rides to saprolings.

One-drop playable creatures in an MTG Limited format are rare, especially with a rarity of Common. Adding flavor and cuteness to the Phyrexian invasion within the upcoming Standard-legal Dominaria United set is a Viashino Branchrider, a one-drop Common that has Kicker, Haste, and an activated ability.

A 1/1 one-drop with Haste in Red is a solid MTG card, able to get in for at least a couple of damage points prior to an opponent establishing an early board state. Viashino Branchrider adds even more value by having a Kicker cost that allows it to become a 3/3 with Haste at the cost of four total mana during the mid and late-game stages.

The downside to the surfing lizard warrior is that the Kicker cost is in the color Green, making the creature slightly less playable in Standard but really good in a Red/Green Limited Draft build. And as an added bonus, players can tap into the Branchriders activated cost for extra power when attacking or blocking.

Players can test out Viashino Branchrider in Limited Draft and Sealed formats during the Dominaria United prerelease events that are running from Sept. 2 to 8. A digital release is scheduled for Sept. 1, where players can Draft or play Sealed on MTG Arena and a global launch will take place on Sept. 9.