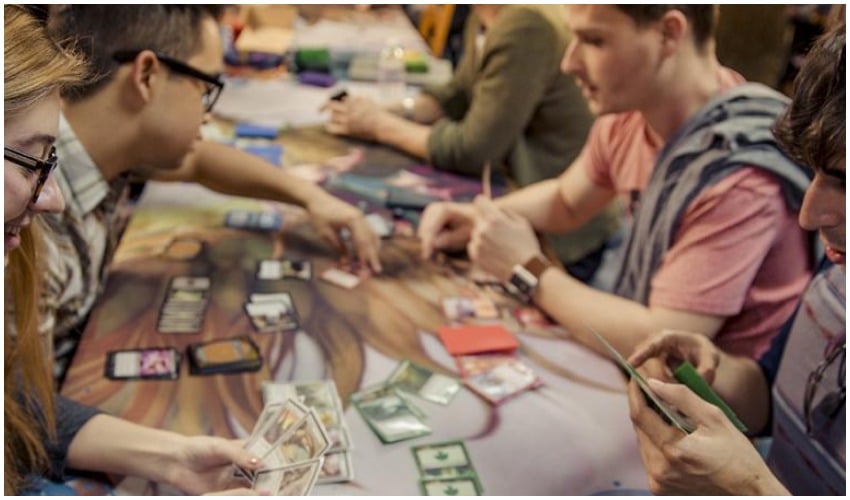 Image via Wizards of the Coast WPN Magic: The Gathering

Sanctioned play in Magic: The Gathering will resume this summer at local game stores in the U.S., featuring prerelease events and rewards with the launch of Modern Horizons 2, Dungeons & Dragons: Adventures in the Forgotten Realms, and a limited-time Mystery Booster convention edition Draft.

Wizards of the Coast revealed an official reopening of MTG sanctioned play today that will take place on May 28. Local guidelines will still take priority as tabletop gameplay resumes in the U.S., joining Asia-Pacific, Japan, and Africa. In conjunction with the return of sanctioned play at local game stores, WotC will still offer remote prerelease events through the SpellTable beta.

To celebrate the return of sanctioned MTG gameplay at local game stores, WotC is offering players promotional copies of Fabled Passage with a foil retro frame when $50 or more is spent at an official Wizards Play Network (WPN) store, starting June 11.

Players can also receive Dungeons & Dragons spellbook notepads with the purchase of two or more Adventures in Forgotten Realms (AFR) prerelease packs that will run from July 16 to 22. Exclusive WPN stores will run a Mystery Booster convention edition Draft later this year. Mystery booster packs from this event are only available for players participating in the event at their local game store.

The return of tabletop gameplay to local WPN stores will take place prior to the release of Magic’s summer sets that were revealed today by WotC. Modern Horizons 2 will digitally launch on June 3, with an official release taking place on June 18. A prerelease event will take place at local game stores from June 11 to 17. The AFR prerelease is scheduled to take place from July 16 to 22, with a digital release on July 8 and an official launch on July 23.