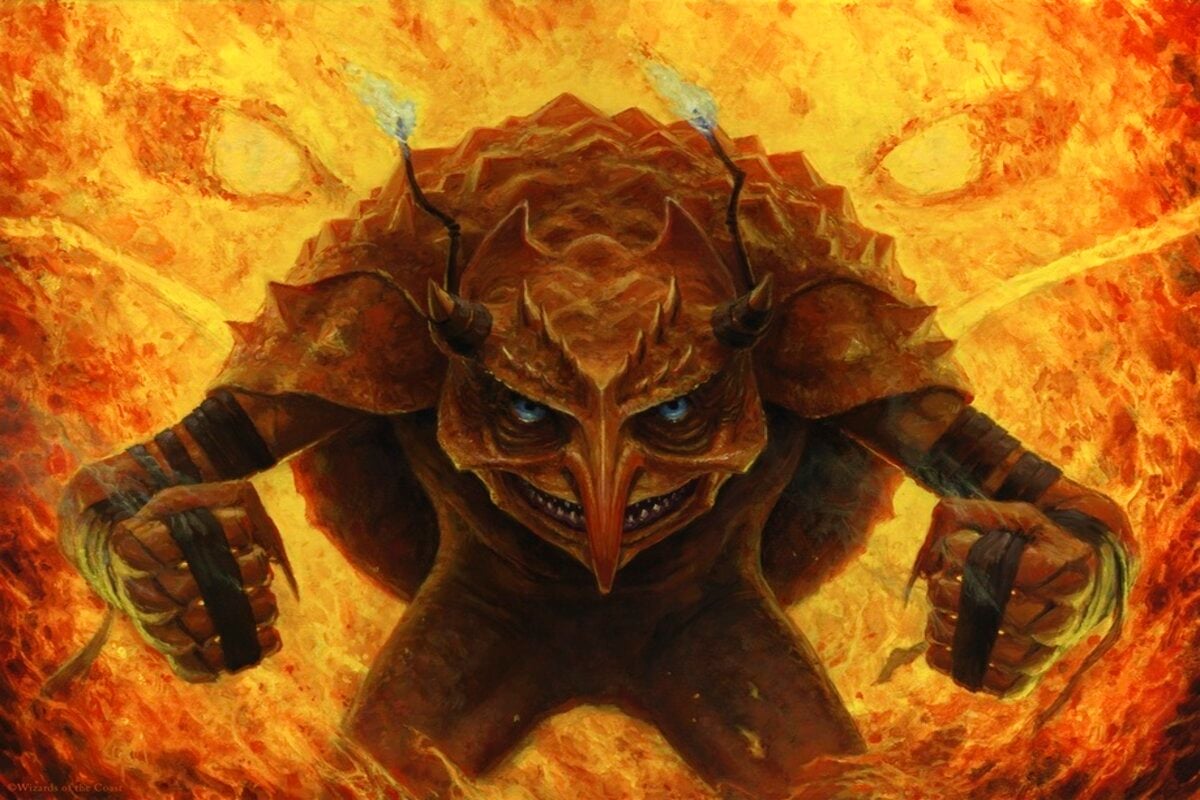 A new Rare Magic: The Gathering saga is bringing back the goblin Kiki-Jiki via the Kamigawa: Neon Dynasty spoiler Fable of the Mirror-Breaker.

The legendary creature Kiki-Jikki, Mirror Breaker was a five-drop Mono-Red goblin shaman from Champions of Kamigawa that had Haste and copied a nonlegendary creature you controlled, giving it Haste until the end of turn. The goblin returns to Magic via the Kamigawa: Neon Dynasty (NEO) creature saga Fable of the Mirror-Breaker, revealed today by Hipsters of the Coast, adding Treasure and card draw in conjunction with copying a creature.

Fable of the Mirror-Breaker

Gaining a 2/2 that can attack on turn four and produce a Treasure token is decent within Midrange builds that can use the ramp to their advantage. And having the ability to discard and draw is a solid chapter as well. Chapter three transforms the saga, a new mechanic within the NEO set, turning it into Reflection of Kiki-Jiki.

Not giving Haste to the Reflection of Kiki-Jiki is a slight downside to the NEO creature saga, especially since the earliest the goblin shaman hits the battlefield is on turn five. Because Fable of the Mirror-Breaker is exiled prior to the transformation, the creature’s backside has summoning sickness upon returning to the battlefield. But Reflection of Kiki-Jiki can use its ability on turn five at the earliest, similar to the original version.

The MTG creature saga won’t break the Standard meta but it does have the potential to become a playable card. Kiki-Jiki Mirror Breaker did see a good amount of gameplay in formats like Modern via Splinter Twin and Birthing Pod decks, and it was a major piece within the Legacy Hulk Flash deck. Each of the Modern and Legacy builds eventually got banned out of their formats, decreasing Kiki-Jiki’s overall value within older MTG formats.

Players can test out Fabled of the Mirror-Breaker and all the NEO Dual-Faced sagas via the digital release on Feb. 10. A global launch is scheduled to take place on Feb. 18