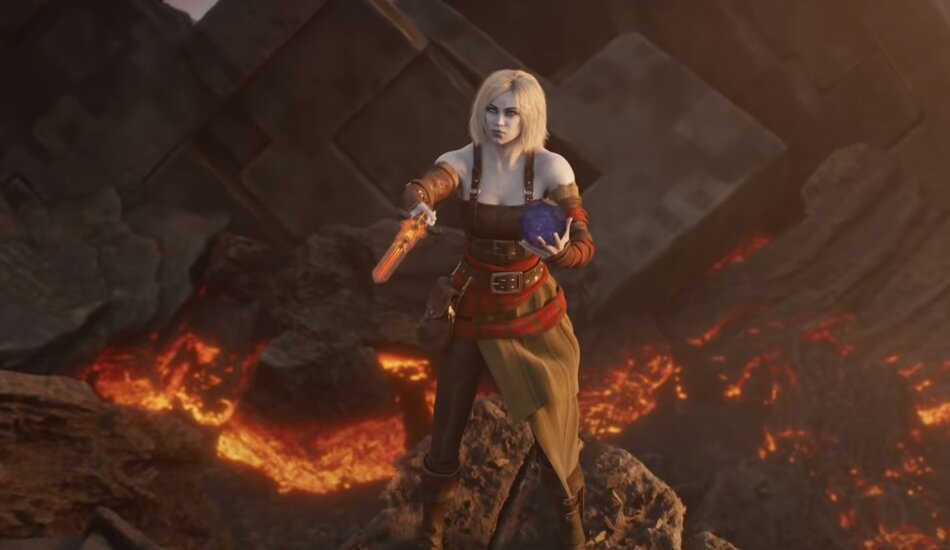 The second day of Zendikar Rising spoilers has brought about Maul of the Skyclaves, the first Rare Magic: The Gathering Equipment previewed from the set so far.

Scheduled to release on Sept. 17, the ZNR spoiler season has produced a number of solid cards so far. But there was a lack of Artifact cards until MTG guru Cedric Phillips previewed Maul of the Skyclaves today.

Ready to pump up White Weenie and WR Aggro builds, Maul of the Skyclaves attaches to a creature upon entering the battlefield with powerful keyword abilities like flying and first strike.

An ideal match for the three-drop Artifact is the face of ZNR, Nahiri, Heir of the Ancients. If the creature that Maul of Skyclaves was attached to dies, the planeswalker Nahiri, Hier of the Ancients has a plus-one ability that allows for it to equip for free to her created 1/1 White Kor Warrior creature token.

Nahiri also has a minus-two ability that allows her controller to look at the top six cards of their library and reveal a Warrior or Equipment card that gets put in hand. The planeswalker abilities were already decent with Embercleave still Standard legal, but now they just got even better with the addition of Maul of the Skyclaves.

You can test out Equipment Aggro builds with Nahiri, Hier of the Ancients, and Maul of the Skyclaves when ZNR releases digitally via MTG Arena and Magic Online on Sept. 17.