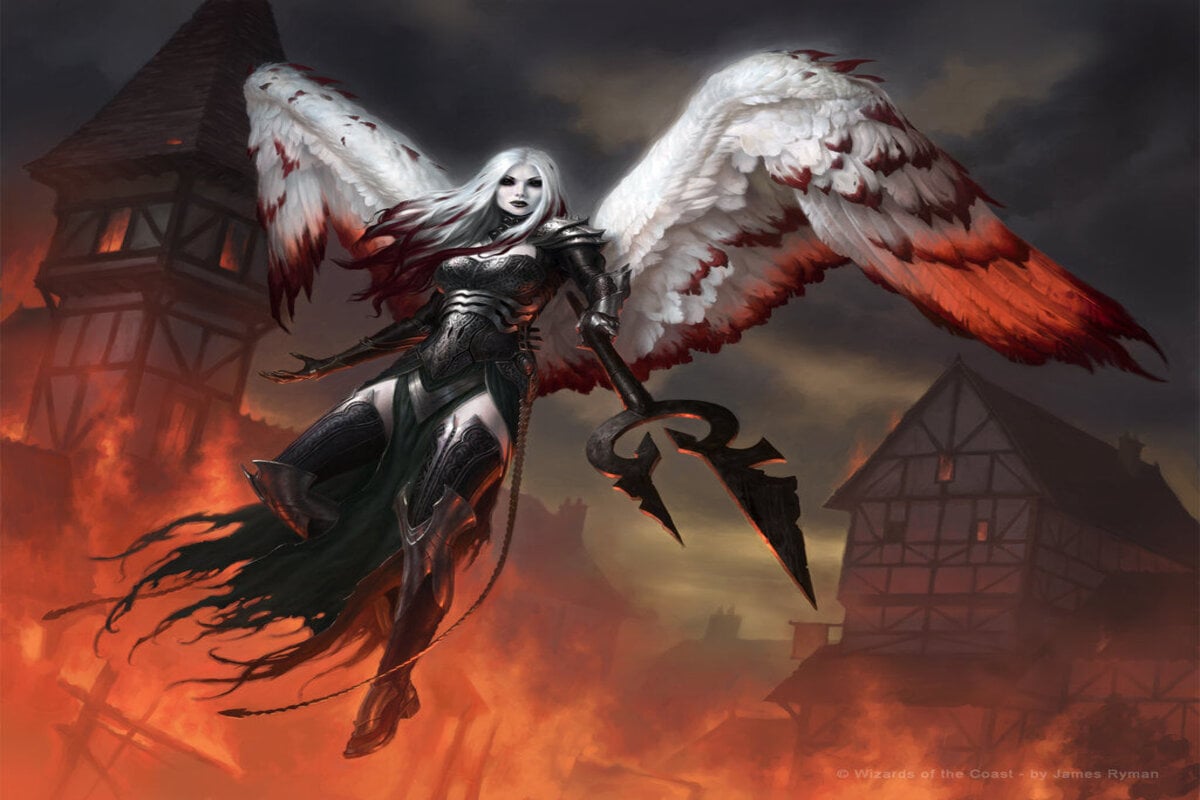 Once destroyed by the Magic: The Gathering angel Avacyn, Wizards of the Coast resurrected Liesa for the upcoming Innistrad: Midnight Hunt Standard-legal set with the reveal of Liesa, Forgotten Archangel.

Scheduled to release digitally on Sept. 17 via MTG Arena and Magic Online, Innistrad: Midnight Hunt (MID) showcases the return of darkness to the plane of Innistrad. During the MTG Rivals Gauntlet broadcast, the MID spoiler Liesa, Forgotten Archangel was revealed, shocking players with the angel’s return to the living.

Liesa is a five-drop White and Black angel that will most certainly see gameplay in MTG Orzhov Standard Angels and within the MID Limited format. Her power stats are one less than her previous version, Liesa, Shroud of Dusk, but her ability may prove stronger.

A bomb within MID Limited, Liesa, Forgotten Archangel returns creatures that you control to your hand upon dying while exiling those of an opponent’s when they perish. The legendary angel is also a solid five-drop top-end creature to include in the already existing 2022 Orzhov Angels deck, combining graveyard resurrections with Lifegain and Flying.

Players can start crafting with Liesa, Forgotten Archangel with the global release of MID on Sept. 24 and the digital launch on Sept. 17.