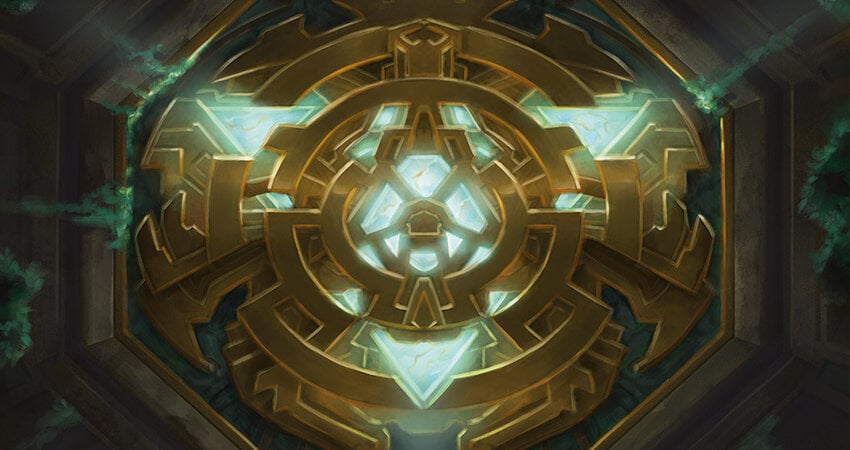 Wizards of the Coast revealed the first Core Set 2021 spoiler early this morning, revealing Vito, Thorn of the Dusk.

Prior to the announcement that M21 spoilers were being postponed until June 5 to respect the National Day of Mourning taking place today, pieces of Vito, Thorn of the Dusk were revealed by three separate parties on Twitter.

A full reveal of Vito was supposed to take place this morning that would include the flavor text. This has been postponed until tomorrow.

The new vampire in MTG is a legendary vampire cleric from the plane Ixalan and is likely tied to the infamous Elenda of Garrano. Whether this means the Immortal Sun, or Elenda, the Dusk Rose will make an appearance in the M21 set as reprints, is unknown at this time.

Vito, Thorn of the Dusk is a new legendary vampire that was likely created specifically for Commander players. He has a CMC of three, which is a reasonable mana cost considering an opponent loses life every time his controller gains life. Vito’s ability may seem familiar to some Magic players, as it’s the same as Sanguine Bond, an Enchantment from Iconic Masters that had a CMC cost of five.

The Ixalan vampire cleric also has a five CMC mana ability (two black) that gives Lifelink to creatures you control until the end of turn. Whether in Commander or Standard, Vito’s activated ability is a tad costly. But under ideal circumstances, it can have a major impact.

A full version of Vito, Thorn of Dusk, including flavor text, is expected to drop on June 5 with the start of the M21 spoilers.