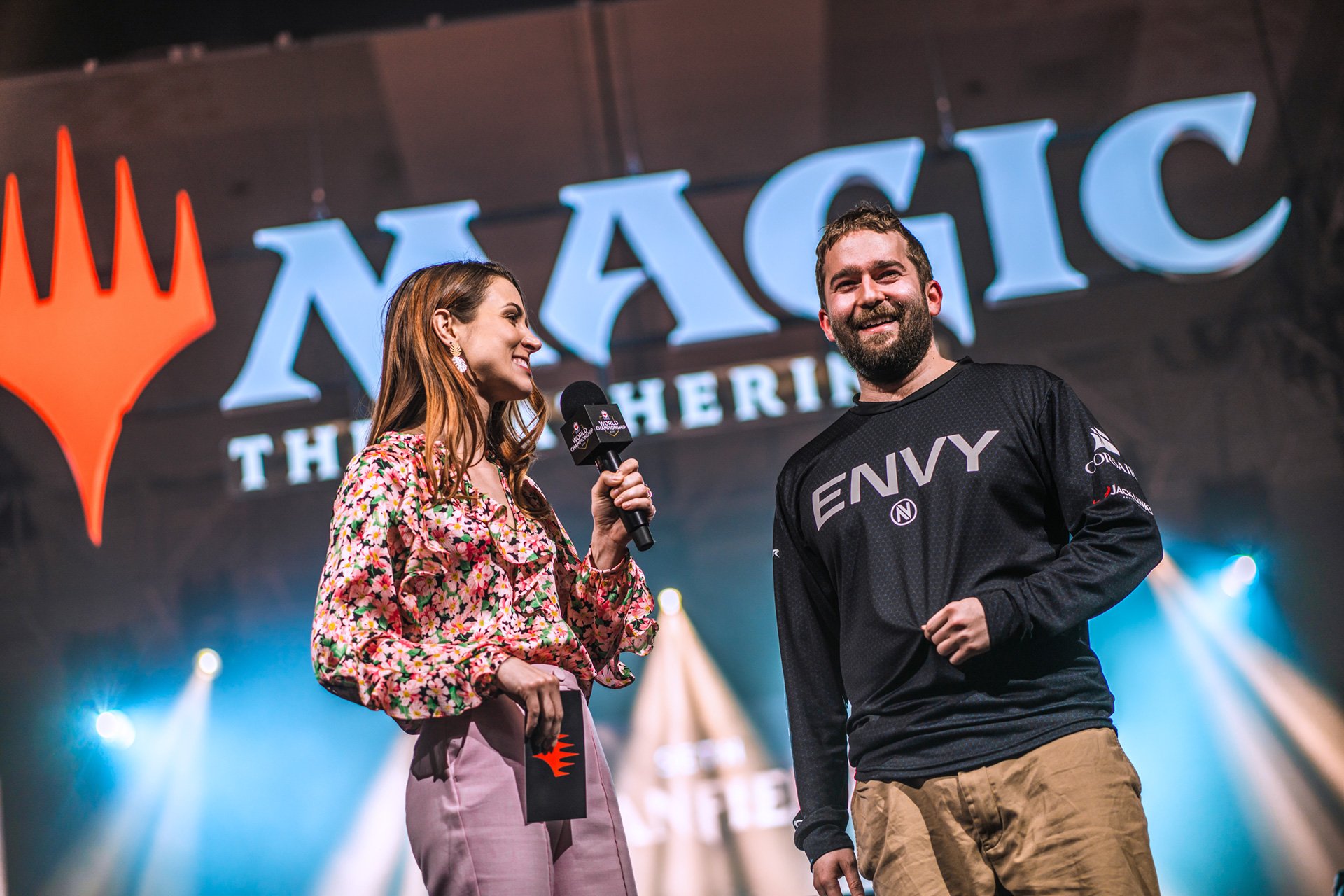 Manfield qualified for the World Championship at the end of the MPL season during the July Strixhaven League Weekend. With that finish, he avoided the postseason tournaments and locked in his spot for the MPL in the 2021-22 season.

Magic: The Gathering esports went through a tumultuous time over the past year. The COVID-19 pandemic prevented a World Championship from happening in 2020. Instead, Wizards of the Coast shifted gears to a partial season during last year’s summer, culminating in a top-eight finish in the 2020 Grand Finals.

The competition moved entirely online for the players in the Magic Pro League and Rivals League. This shift was amplified by frequently changing formats because of a historic amount of bans in Standard.

Through it all, Manfield reached another milestone: qualifying for the World Championship.

“It was a challenge during a tough time in the world,” Manfield told Dot Esports in an interview. “I was happy I was able to get my head on straight, as it was a bumpy ride. Sitting where I am getting ready for Worlds, though, it does feel like a success.”

Manfield had a successful season, placing near the top of the MPL for the majority of it. This kept him within striking distance of the coveted top-four finish. The early lead he built up helped cushion the blow of some late-season struggles.

In the final League Weekend of the season, Manfield went winless on day one, but his substantial points lead kept him in contention going for day two.

On day two, Manfield rallied and claimed a fourth-place finish in the MPL and an invitation to the World Championship. Manfield had some up and down performances throughout the seven League Weekends, but the hall of famer’s experience helped him get through the season.

“I had some very good League Weekends and some very bad ones,” Manfield said. “I think it’s tough to maintain the same level of preparation and dedication throughout the League Weekend experience. I got down on myself when I didn’t do well, because I know I could have done better. In the end, though, getting to play directly against the best players in the world was a unique opportunity.”

Each League Weekend presented a new challenge thanks to frequent bans. Manfield played through several Standard environments dominated by ban-worthy decks like Temur Adventures and Omnath Landfall. Manfield said he preferred the changing face of Standard over the past year instead of a more rigid format.

“I personally like when formats are changing regularly,” Manfield said. “Part of the way to make this happen is banning cards. If a format is stale it simply isn’t as interesting for the players or viewers. Almost all the bans recently have been necessary. The power level on some cards has been pushed up a notch and this makes bannings necessary.”

Manfield’s run at this year’s World Championship came to an end on day two, finishing with a record of 3-7. He exits the tournament with an invitation to the MPL next season and a $50,000 appearance fee.