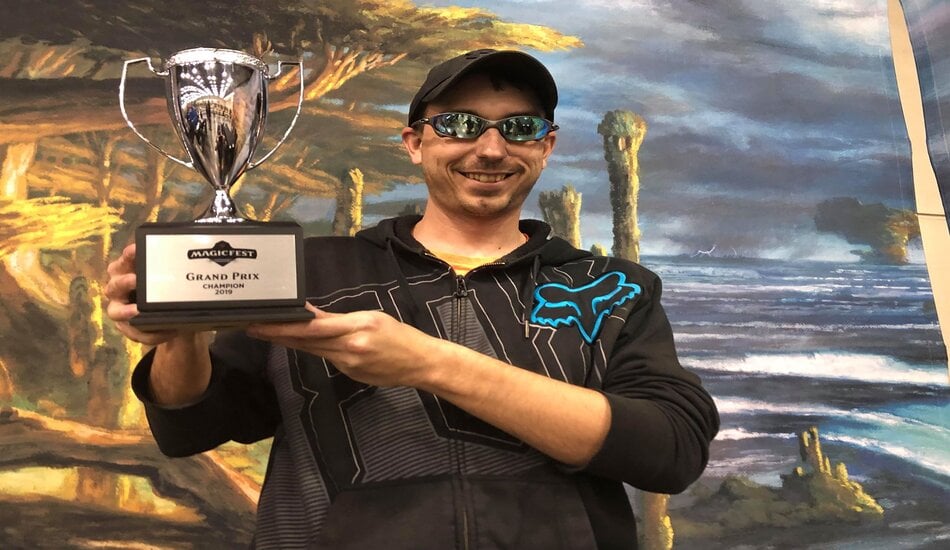 Following Mythic Championship VII earlier this month, five Standard decks have emerged as the most popular in Magic: The Gathering.

Over 300 competitors gathered this past weekend to compete in the Oklahoma City Standard Grand Prix. A majority of those players brought one of five decks to compete with: Simic Flash, Jund Sacrifice, Jeskai Fires, GB Adventure, and Simic Ramp.

But they weren’t the only decks played at the Oklahoma City GP. The Standard meta continues to showcase a wide diversity of decks that are proving they can compete against the dominant five. At the start of day two, there were several archetypes giving the five most popular decks a run for their money.

MTG hall of fame pro Frank Karsten and several other top Magic Grand Prix players emerged from the over-300 player initial field to compete in the top-eight.

The top-eight players battled it out for the GP trophy with Majlaton defeating Karsten. But neither could defeat Foreman and Carlson, who made it to the final table.