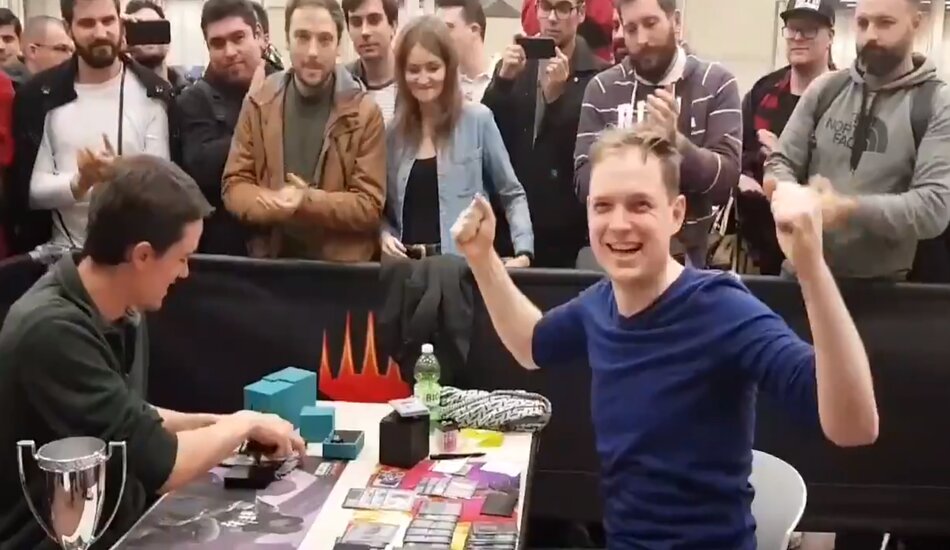 Image via ChannelFireball/WotC Magic: The Gathering

A lot of Magic: The Gathering players from around the world attended the Legacy Grand Prix in Bologna last weekend.

Wizards of the Coast has recently strayed away from Legacy tournaments in exchange for a focus on Pioneer and Standard formats. But a staggering number of 1,596 Magic attendees at the GP in Bologna proves that the Legacy format is alive and healthy.

The huge turnout of Legacy players at the Grand Prix in Bologna proves that the format isn’t dead, despite what some recent rumors in the Magic community have suggested.

And the recent ban of Wren and Six in the Legacy format has created a diverse and healthy metagame. A total number of 70 various Legacy archetypes made up the field at Bologna, with U/R Delver being the most-played deck over the weekend.

Mythic Invitational champion and MPL player Andrea Mengucci also had a solid run at the Bologna GP. After 76 attempts, it was his first top-eight finish at a Grand Prix. Other top-eight finishers included an accountant from England and a data analyst from Italy.

Of all the formats played in recent MTG tournaments, none have produced a meta as diverse as the one at Bologna. Despite the rumors, it’s clear that Legacy is a thriving format and deserves a focus at upcoming Grand Prix tournaments in the 2020 season.

Much of the 2020 GP season hasn’t been assigned a format yet. But of the ones that are scheduled, Legacy isn’t a format. After seeing the turnout at Bologna, however, WotC may consider adding a few Legacy tournaments to the 2020 Grand Prix schedule.