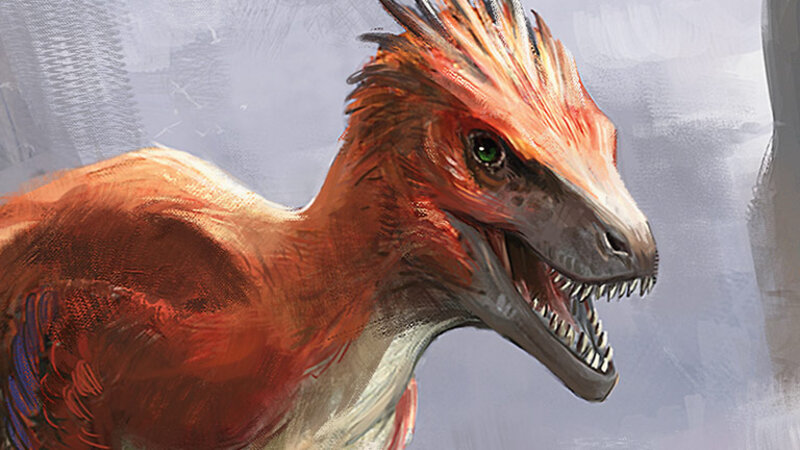 The Magic: The Gathering design team has decided to reinstate Rampaging Ferocidon, a card banned during the Ixalan-years, as a means to combat against the current Standard metagame.

Orzhov Vampires and Scapeshift have been dominating the MTG Standard meta since the release of Core Set 2020. In an attempt to adjust the metagame prior to the fall rotation and the release of Throne of Eldraine, Rampaging Ferocidon’s ban in Standard has been lifted.

Originally banned in January 2018, Rampaging Ferocidon was removed from Standard due to the high win percentages at that time from Red-Aggro decks.

Ian Duke from the MTG design team said at the time that the ban went into effect “in order to reduce the win percentage of red aggressive decks, mitigate overly swingy matchups, and provide more possibilities for counterplay.”

The Standard metagame is healthy but needs a tad more balance, according to Duke. By removing the ban on Rampaging Ferocidon, decks like Jund Dinosaurs and Mono-Red are given the opportunity to stand a chance against Scapeshift and Orzhov Vampires.

“While we’re generally happy with the health of the Standard metagame right now, we believe Rampaging Ferocidon will further improve the metagame’s general balance and ability to self-correct for the remaining Core Set 2020 Standard season, until rotation with the release of Throne of Eldraine,” Duke said in his B&R announcement.

In an effort to keep the metagame balanced via tabletop and digital, Rampaging Ferocidon is only having its ban lifted in the best-of-three format. In best-of-one via MTGA, the ban remains in effect.

“[Rampaging Ferocidon] will remain banned in best-of-one play,” Duke said. “This is due to differences in the metagames between those play modes, with aggressive red strategies already performing well in best-of-one.”

Related: Magic: The Gathering bans Hogaak from the Modern format

The ban removal on Rampaging Ferocidon goes into effect on Aug 30, but not until Sept. 4 for MTG Arena.