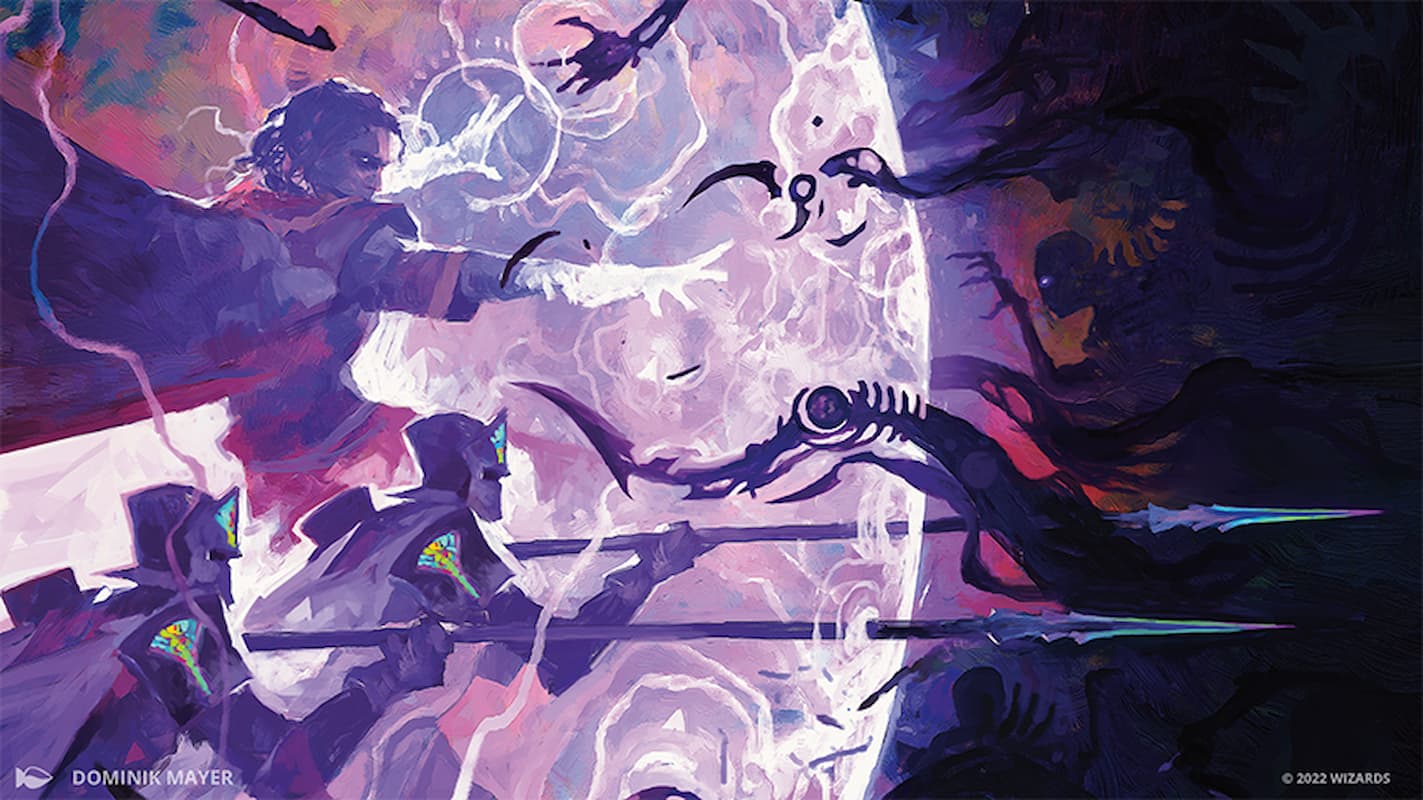 Wizards of the Coast has created a cycle of Magic: The Gathering Phyrexian creatures in Dominaria United that reduce the cost of spells, have beefy stats, a keyword, and a triggered ability.

The beginning of an MTG Multiverse war is getting started with the global release of Dominaria United (DMU) on Sept. 9. Phyrexians have invaded the beloved plane of Dominaria and they’re organized, having a cycle of Defiler in each of the MTG colors. The first Phyrexian to get spoiled in this cycle was a Wurm in Green called Defiler of Vigor, a stompy Rare with Trample who can buff your team each time a Green permanent spell is cast.

It’s likely that each of the Defiler creatures in the DMU cycle will have a keyword that synergizes with that specific color, an ability that allows players to pay life in exchange for one mana of that color, and a triggered effect that rewards playing permanents of that color.

Defiler of Vigor is a powerful DMU card and will likely see gameplay in Standard, along with other MTG formats. Five mana for a 6/6 with Trample is solid on its own. Defiler of Vigor takes that five mana cost and taps even more value onto the battlefield by allowing players to exchange life for Green mana when casting a permanent and then pumping the entire team with a +1/+1 counter each time a Green permanent is cast.

Mono-Green Stompy builds will return to the Standard meta as a top-tier deck with the release of DMU, led by Gala Greeters during the early game while Defiler of Vigor is the finisher. Gala Greeters is an SNC elf druid that can scale in power, but more importantly, create a tapped Treasure token or gain two life—two key effects that will synergize with Defiler of Vigor.

Players can test out the Defiler cycle and Defiler of Vigor with the digital release of Dominaria United on Sept. 1. A global launch is scheduled to take place on Sept. 9.