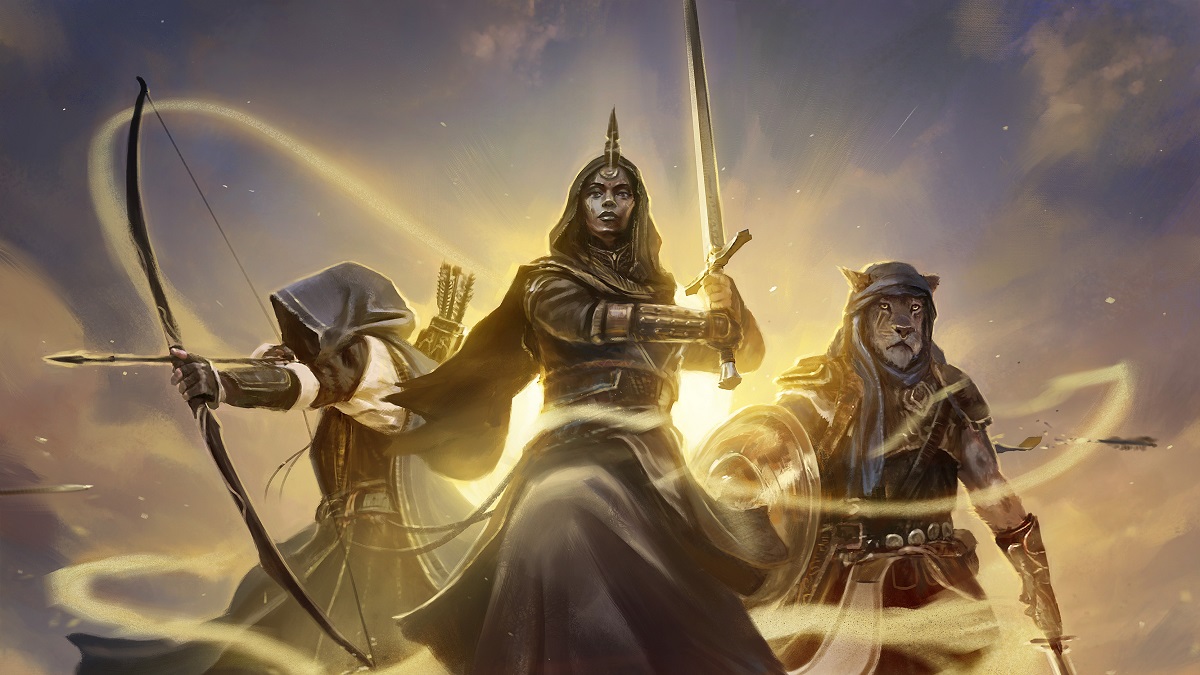 Magic: The Gathering is finally ready to launch Core Set 2021 (M21) and that means new cards to draft. White decks this go-around are focused on hitting fast and hard.

With that in mind, here’s the set’s top White commons and uncommons for Limited formats.

Swift Response is fantastic removal, and at common you’re going to be seeing this card a lot. Destroying a creature at instant speed for two mana is a great rate, even if you have to wait for it to become tapped.

Feat of Resistance is a great role player in any White deck. Protection can save your creature from removal or a combat trick but also allows you to attack past defenders of a certain color. Meanwhile, the +1/+1 counter has a large synergy with other White cards that care about counters. You’ll want at least one of these.

Gale Swooper plays very well into any White deck, but specifically into UW Flying. Giving another creature flying for a turn usually gives it a free attack, and many other White creatures want to do just that. Plus, you get a 3/2 flyer out of the deal.

Triggering this enchantment is not an easy task, but it’s a small investment for a potentially huge payoff. White decks have a lot of tools to meet the life gain requirement, and even one allows this card to pay for itself. Activating this two or more times will quickly get out of hand.

The art on Aven Gagglemaster may be silly, but this creature packs a serious punch. As a 4/3 flyer, this will dominate the skies and quickly bring you victory. Bonus life is just icing on the cake.

Faith’s Fetters is a reprint—and a very welcome one at that. This can effectively negate almost any permanent on the battlefield (even planeswalkers!) and sticks around to keep them down. Gaining four life also triggers a lot of other White cards, so keep this removal spell on your mind going into the draft.

Basri’s Acolyte has a decent body that will slow down your opponent’s ground game, but the +1/+1 counters that come with it can be game-changing. For maximum effect, throw those counters on some fliers to instantly upgrade your air force.

This card has a weird design, but a 4/4 flyer is no joke. Use this aggressively on the first creature you play, or save this spell to cast in response to an opponent’s removal spell. Either way, you just got one of the best creatures in White.

Note: casting this on your opponent’s creature is not usually recommended, but against something like Baneslayer Angel, it’s a perfectly fine play.

Originally in Magic Origins as a rare, this uncommon is a powerful reprint that taxes all noncreature spells. Against the right deck, this is a crushing blow, but even as a three-mana 2/1 flyer, it’s a fine addition to any deck.

This card may not be powerful by itself, but what it does is make everything your other creatures do better. In any go-wide or flyers deck, this closes the door quickly. At common, you’ll likely be able to grab multiples, which really give your attacks a lethal edge.