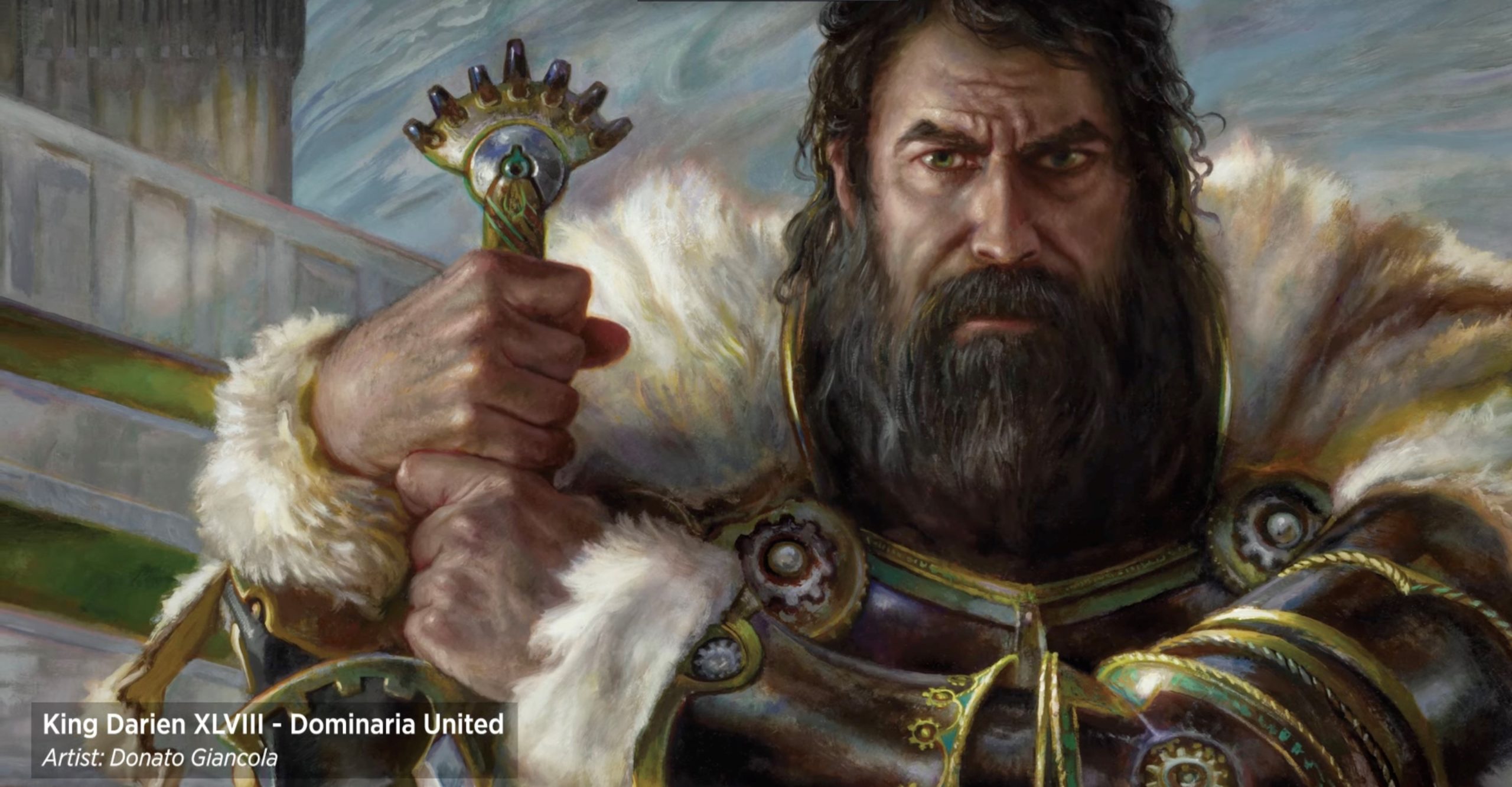 Green and White, often called Selesnya in MTG, are a color pair most often associated with go-wide strategies and tokens. Players want cheap creatures and token generators, typically overwhelming an opponent with an anthem card upon attacking for lethal.

Within DMU Draft, King Darien XLVIII is a Rare bomb. He’s cheap, pumps all creatures, creates tokens when games run long, and can protect all tokens on the battlefield for a turn after getting sacrificed. Both Green and White are creature-heavy colors, waiting for a king to come along and lead them to victory.

King Darien XLVIII shines in other popular Magic formats too.

Commander players can take advantage of his protection applied to go-wide boards full of tokens. Tabletop and digital players can run multiple copies of the legendary human soldier in formats like Historic or Pioneer, potentially casting a King Darien XLVIII after sacrificing the one on the battlefield, milking the king for all he’s worth.

Players can test out King Darien XLVIII with the digital release of Dominaria United on Sept. 1 or in Limited Draft via prerelease events running from Sept. 2 to 8.

The official DMU tabletop release is scheduled to take place on Sept. 9.