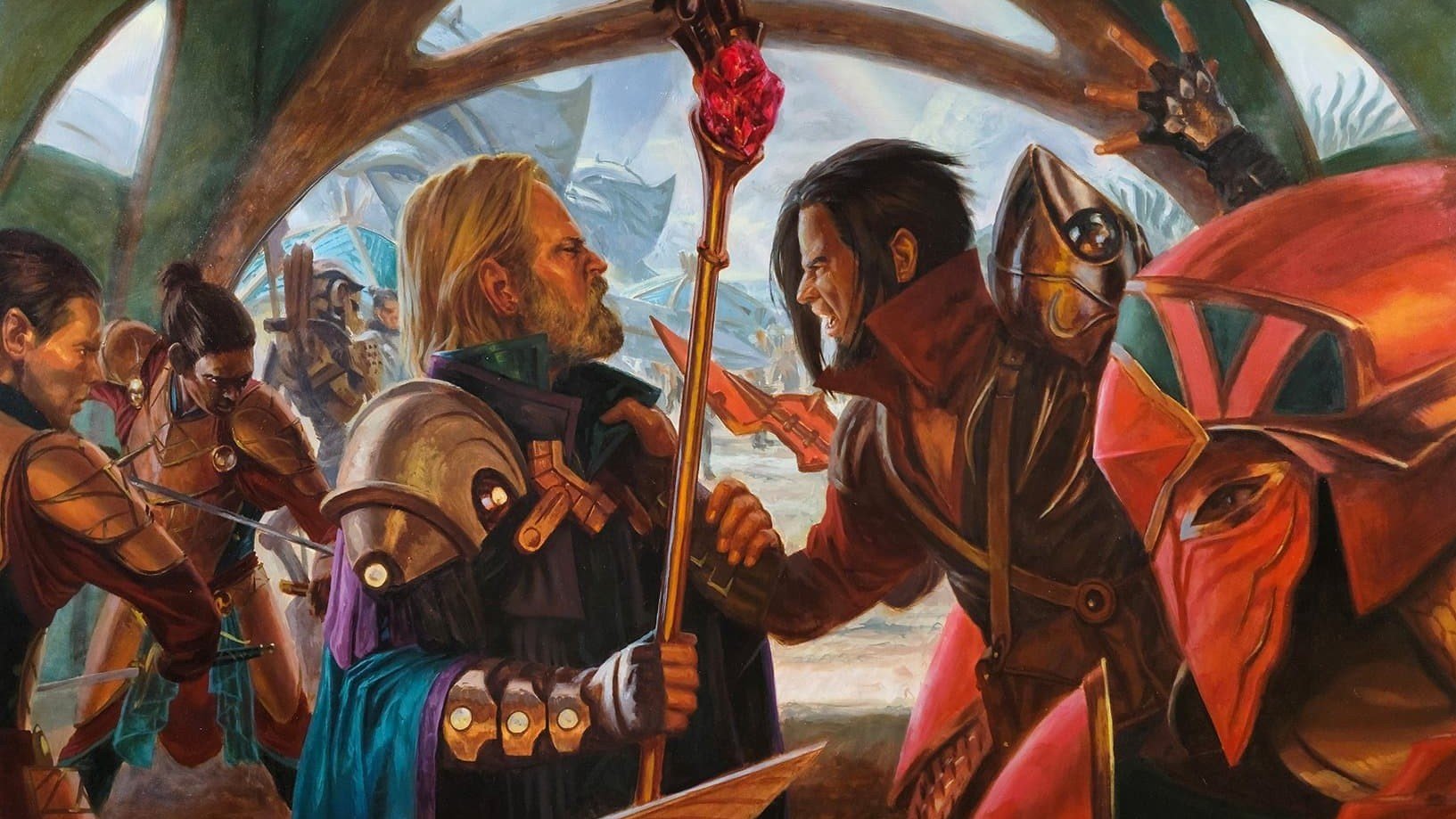 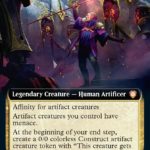 Brother’s War is launching with two Commander decks centered around the two main figures in the time-travel storyline: Urza and Mishra.

Typical of Standard releases nowadays, Commander decks are released with a new set, giving a boost to the popular eternal format with new cards and specific archetype support. Both decks that are coming in Brother’s War will be focused on Artifacts in different ways.

Urza’s deck is a WUB list that wants to control the battlefield and play around the commander Urza, Chief Artificer. The list looks to play with Artifact Creature cards with many different token generators and ways to animate Artifacts. Urza, Chief Artificer himself can consistently generate 0/0 “Karnstructs” that scale with how many Artifacts you control.

Mishra’s list is led by Mishra, Eminent One. This UBR card wants to sacrifice Artifacts for value. This list will look to create value engines and take over the game by drowning the opponents in value.

The Commander decks are a little more special than the usual Commander release. Every card in both decks will be in the retro frame. As is standard, they will also come with collector booster starter packs. These contain two cards; one Rare or Mythic Rare and one traditional foil Uncommon that’s either a retro Artifact or retro schematic.
Commander reveals will start on Oct. 30 with cards coming during Magic 30. This is followed by Good Morning Magic relieving more cards on Oct. 31 and Nov. 1. The final day of Commander spoilers is on Oct. 2 on Weekly MTG.