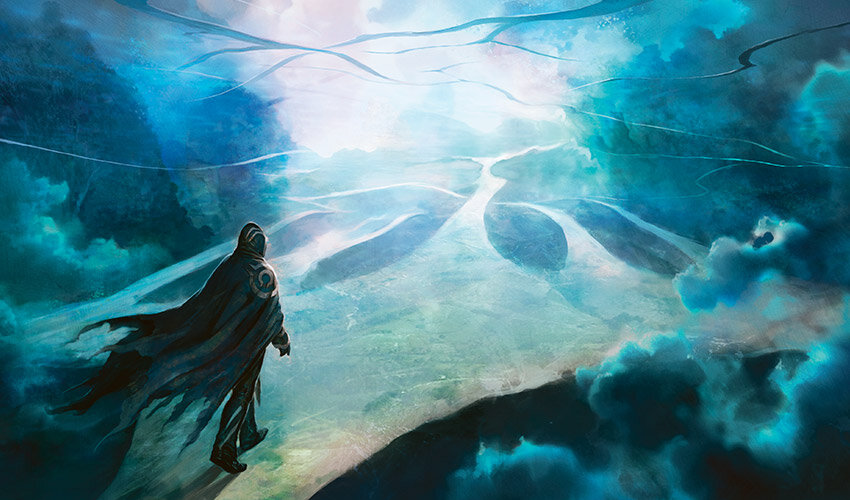 Magic: The Gathering has no shortage of competitive formats, including ones that use both new and old cards. But with over 25 years of history, players have found lots of other ways to play.

There are plenty of unique and fun casual formats, and many players with time on their hands or limited resources often invent new ones. Here’s a short list of the most popular casual formats in Magic.

Casual constructed formats are some of the most popular in the game. They often allow you to play your favorite cards and combos in a stress-free environment—and in unique ways.

Commander is one of the most popular casual formats and arguably the poster child of “kitchen table Magic.” Simply sleeve up your favorite legendary creature, build a 99-card “Singleton” deck (only one copy of each card allowed) in its colors, and duke it out. Commander actually creates a new rule zone (the appropriately-named Command Zone) where your Commander sits and can be cast from as if it were your hand.

Commander has a few other rules as well, along with a suggested ban list and many different supplemental products created by Wizards of the Coast. It’s often played in side events at tournaments and particularly shines in multiplayer games between friends.

Like Commander, Oathbreaker uses the Command zone and has a Singleton deck. But you get two cards you can cast most times (a planeswalker and an instant or sorcery dubbed the Signature Spell). You can only cast your Signature Spell when your planeswalker is in play. This fun variant gives a “warring planeswalkers” feel and being able to cast a repeatable spell allows for a lot of unique interactions.

You can use practically any deck you want to in Planechase—as long as your group is fine with it. But come ready for anything. In Planechase, each player also gets a second deck full of Wizard-designed plane cards that look like this:

Players get to battle on these planes, and on each of their turns, they can roll a planar die that can activate the planes “chaos ability” (that thing at the bottom) or planeswalk to a new plane. This additional rules layer changes up regular gameplay, yet has lots of fun strategic decisions.

Archenemy is another casual format supported by Wizards. It opts to set up “one-vs-many” gameplay by making one player the “Archenemy,” along with a powerful second deck for special cards called Schemes.

Named after the initial name for fantasy football, Rotisserie Draft involves taking a full predetermined set of Magic cards (like a block) and laying them all face up on a table. Players then take turns picking cards up in a “snake draft” where each person takes one in order, then the last person to take a card goes first and the order is reversed (and so on). Make sure to have enough cards so that everyone has at least 40 to 50 cards.

Drafts usually need at least four to six people, but Winston Draft is a way to play with just two. Take six boosters, shuffle them together, and put them in a single stack. Then, keeping them face down, put three cards in their own pile. The first player to pick looks at the first pile, decides whether they want it, then either takes it or places another card face down on top of it and moves on to the second pile. If you don’t pick a card, take the top card off the main stack. Then, the other person gets to repeat this process.

This draft style allows players to strategically pick whether they want to take a pile or risk giving an opponent an even better selection. Card count also matters. Sometimes it’s a good call to just take a ton of cards over trying to get the perfect addition to your deck.

Conspiracy is a Wizards-supported multiplayer draft format that aims to create an interactive Limited format with lots of fun multiplayer games. In addition to cards designed for multiplayer, Conspiracy features the cards that affect the draft themselves, along with a new conspiracy card type that brings in new and powerful rules.

Back Draft is one of the most fun ways to play. In Back Draft, you prepare and draft like normal—but after the draft, you give your pile to somebody else. Functionally, that means you try to draft the worst deck possible, leaving your future opponent with a huge puzzle on their hands in trying to make a playable deck.

Mini-Master is potentially one of the easiest formats in the game and certainly is a good way to kill time. Simply find a friend, grab a booster each, open it face down, shuffle it, and draw three cards. Each turn, you may play a basic Land card from outside the game. This is a solid way to open up random card packs and get some fun out of learning what’s inside.

Pai Gow Magic is another one-booster format, only this time you separate your booster into five piles of three cards after shuffling it face down. Then, you and your opponent will play a best-of-five using the three cards in each pile as your opening hand. There’s no library, you can’t lose by decking yourself, and you only get five life. Wizards is actually playtesting a variant of this format using four piles called Booster Blitz.

The final casual format here is also the hardest. Mental Magic players simply make a stack of cards and use it like a shared library. But when they play a card, there’s one simple trick—you can’t play it as the card it is. Instead, you have to name another with the exact same cost. Cards can never be named twice.

If you cast Opt, for example, you can name it as Aerial Formation or even Ancestral Recall—one of the most popular spells in the game’s history. There’s even a fun variant of this game called Reserve Mental Magic, where your opponent gets to name the spell you’ve cast. These kind of mental games test memorization, creativity, and, of course, skill in playing Magic.