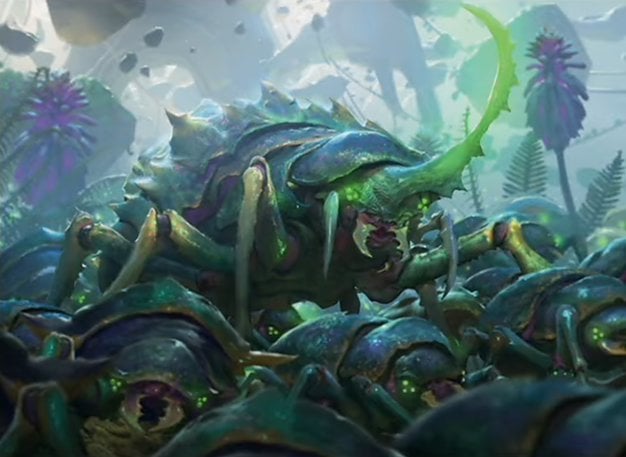 Today’s 1.15.00.00 Magic Arena update marks the beginning of the month’s winter events, a new Arena Open, and a crucial change to token permanents.

The most notable gameplay change in the patch is the cap on how many tokens can be on the battlefield. Now, players can only have up to 250 tokens on their side of the battlefield at a time. This change is clearly targeted at the Scute Swarm combo, which led players to challenge themselves to create as many tokens as possible trying to crash the game. Any tokens that would be created past 250 won’t be created and won’t trigger any effects.

Here are the other gameplay improvements included in the update, according to the patch notes from Wizards of the Coast.

Arena is also including a full slate of events scheduled through January. The next Arena Open is scheduled for Dec. 12 and 13. Day one includes queues for both best-of-one Historic and Traditional Historic. Day two will be exclusively Traditional Historic for players who qualify. Entry is 20,000 Gold or 4,000 Gems. All entrants will receive an exclusive Kaldheim card sleeve for in-game use.

Historic Brawl will return from Jan. 2 to 8. This event will be free to enter and will include its own queue. Here’s a list of the full Limited event schedule through early February.

Arena is continuing its FNM At Home series of Friday night special queues. Below are all the FNM At Home events scheduled for the next two months.

The patch concludes with several updates to the in-game store. There’s a new holiday card sleeve for the Food Golem. New card styles were added for Journey to Oblivion, Thieving Skydiver, and every Kaladesh Remastered card.