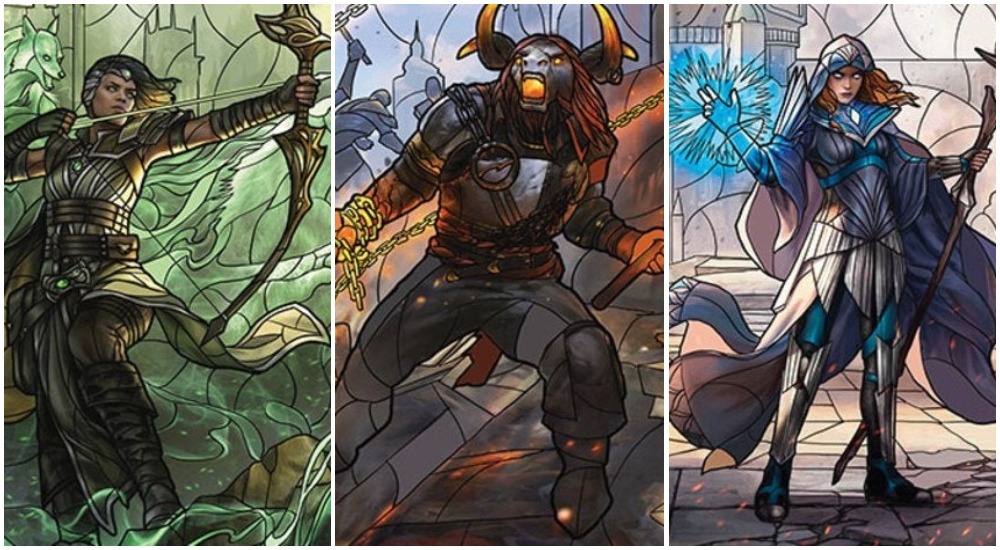 Part two: No Escape has arrived in MTG Arena with a promo code for a War of the Spark stained-glass planeswalker card style.

The second week of War of the Spark Chronicles is underway with Pauper as the format. For five weeks, Chronicles will feature a free-to-play tournament-style format with stained-glass planeswalker card styles and gold as rewards.

Part two: No Escape of War of the Spark Chronicles on MTG Arena has the promo code INNERDEMON (caps sensitive) for a free Ob Nixilis, the Hate-Twisted stained-glass card style. For those who missed it last week, Ravnica at War’s promo code was OverTheMoon (caps sensitive).

Promo codes are redeemed under the store tab in MTG Arena. Additional stained-glass card styles that players can earn through wins during the Pauper No Escape event are Kasmina, Enigmatic Mentor at three wins, Angroth, Captain of Chaos at nine wins, and Vivian, Champion of the Wilds at 15 wins.

The No Escape Pauper tournament retells the War of the Spark story of Nicol Bolas and his army invading Ravnica and how all the planeswalkers stepped up to face him head-on. Bolas, however, set a trap using Immortal Sun and no planeswalkers could escape the doom Bolas had waiting for them.