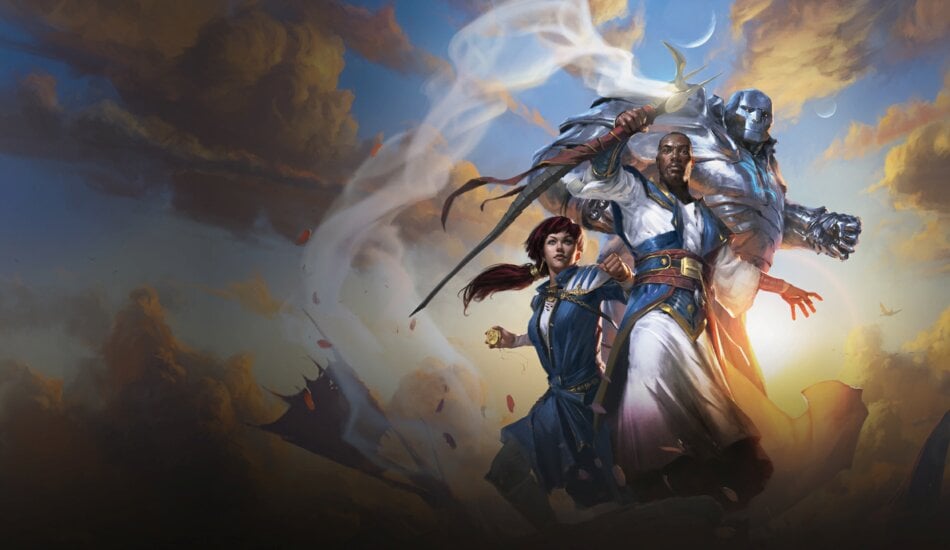 MTG Arena is running a series of September events and special rewards leading up to the release of Throne of Eldraine (Toe) and Standard rotation.

In preparation for the upcoming Standard rotation, MTGA is running several events next month. The events will have extra rewards, including a special gift for players who log in to MTG Arena before the Sept. 26 update.

Specifically for the month of September, MTGA is running tournaments that will only use cards from The Guilds of Ravnica, Ravnica Allegiance, War of the Spark, and Core Set 2020. These events won’t have an entry fee and can be played as many times as players want.

Two wins in a row award players with 200 Mastery XP. Matches will be played in a best-of-one format and in the ranked structure.

As a special reward for those who log in to MTGA prior to Sept. 26, players are being awarded a renewal gift featuring 10 Rare or higher individual cards from Throne of Eldraine and other 2020 Standard sets.

In addition, WotC is awarding players via Mastery rewards. All players will have access to rewards in the form of individual cards and booster packs for the first 25 levels within ToE.

This is for all players, not just those with Mastery Pass. And for those who are leveling in the M20 Mastery system via MTG Arena, the end time and date is Sept. 26 at 6am CT.