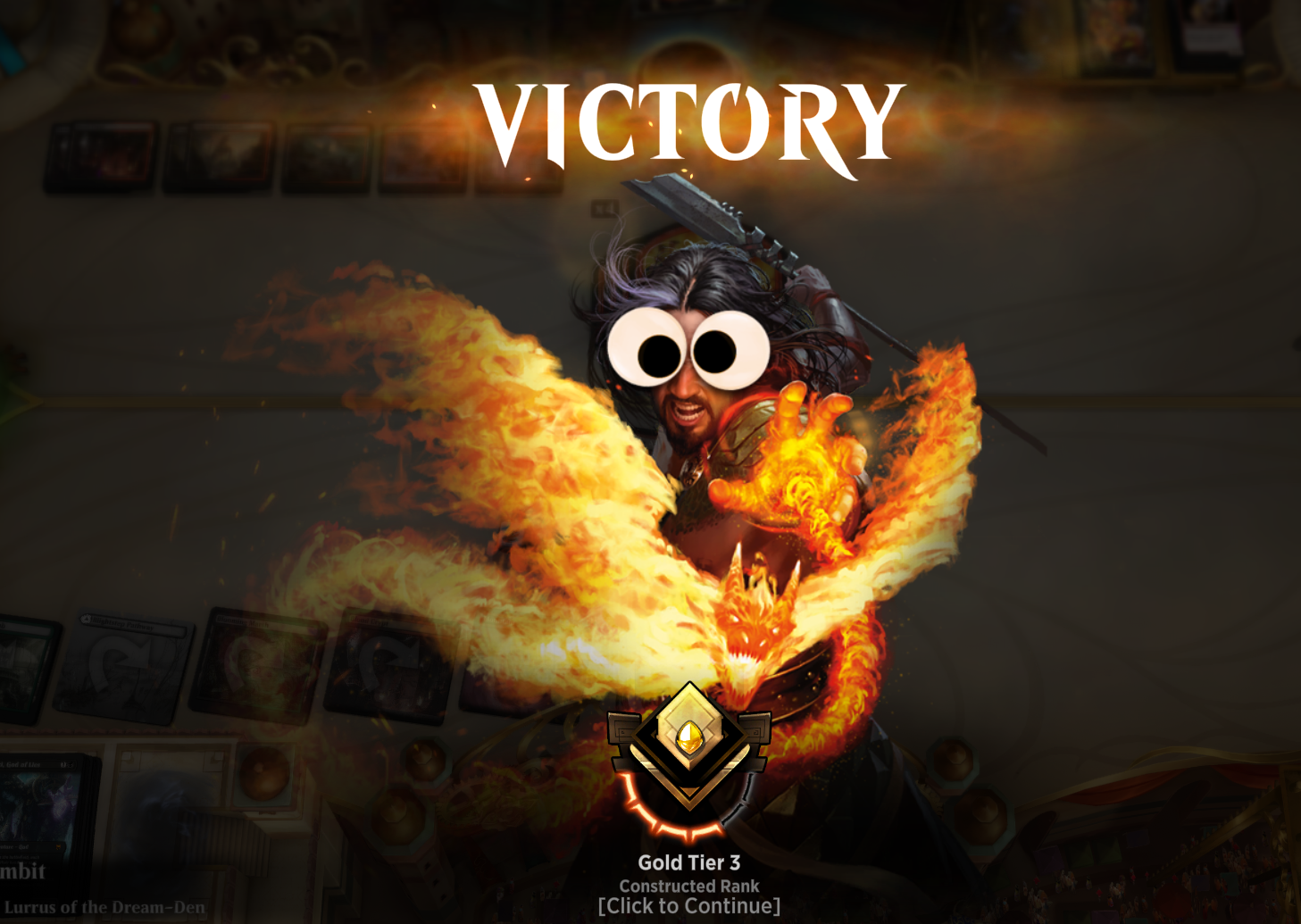 Wizards of the Coast is making sure that everyone looks like a fool today in honor of April 1 by giving all of the avatars in MTG Arena large goofy googly eyes.

Last night, the official MTGA Twitter account made an ambiguous, yet suggestive, post by simply tweeting out an emoji of two eyes glancing to the side. The popular emoji is often used as a way to either tell people to look out for something coming or to suggest that something interesting has just happened.

For MTGA, the emoji served a dual purpose, though. Not only did it reveal to gamers that something was on the way, but the large eyes themselves were what was coming to the game.

All of the avatars in the game look especially silly with the googly eyes, but a few are particularly well done. Karn, for instance, has two googly eyes that are each individually close to the size of his head.

As a battle-battered war veteran, Ajani, who is missing an eye, only has one googly eye, which sticks out in its own right. The same goes for the half-elf planeswalker Freyalise, who has an eye patch on her right eye.

Inversely, some avatars that have no eyes were given a pair of googly eyes. In the case of The Adventurer, googly eyes beaming from the darkness of a large hood is especially hilarious. Additionally, Ashiok, who is missing half their face, was also somehow given googly eyes that will help them see a little bit better today.

If you’re worried that the googly action was limited to avatars themselves, don’t worry. WotC also made sure that Vivien Reid’s spirits were given the googly eyes that they deserve.