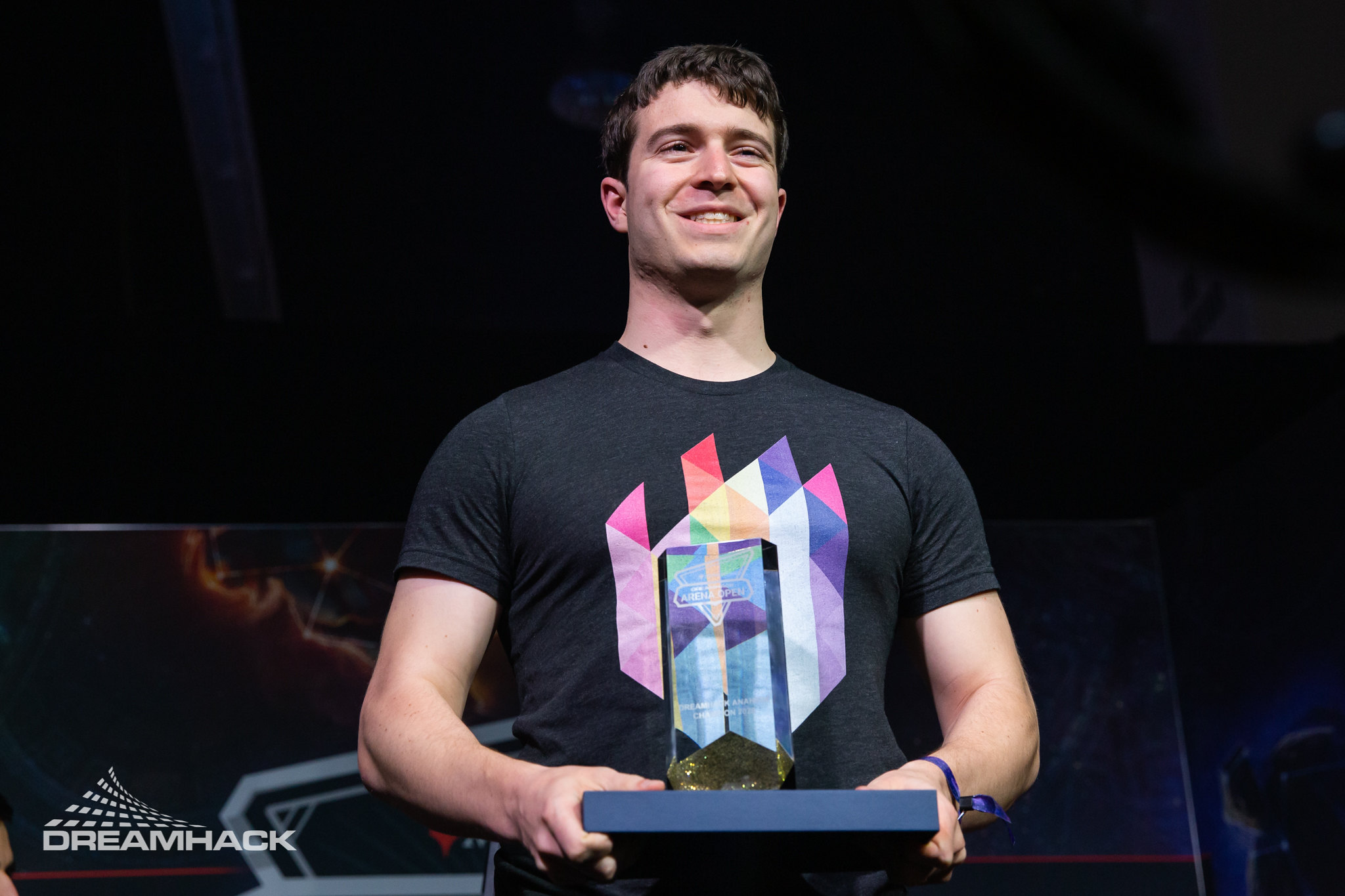 Heading into the 2020 Magic: The Gathering Grand Finals tournament earlier this month, Aaron Gertler continued his mission to pledge 50 percent of his Magic earnings to charity. It was the biggest tournament of the year, giving him the chance to make a substantial contribution. But Gertler, as always, tempered his expectations.

Gertler was in a tough position on day two with four losses going into round nine. His best chance to make the top eight was to win out—an undeniably difficult task but one that Gertler didn’t seem worried about.

“I never had any expectation of making the top eight,” Gertler told Dot Esports. “I certainly didn’t have an expectation of winning the tournament. I want to play well enough to be in the running. It helps that I have other things going on outside of Magic, even though it is my premier hobby.”

In the final four rounds, Gertler rattled off four victories and secured his spot in the top eight. At this point, Gertler said his mindset shifted as a potential victory became more real and his hunger to win grew. Gertler went on to run through the upper bracket by defeating Emma Handy, Raphael Levy, and Gabriel Nassif.

Gertler lost to Austin Bursavich in the finals 2-0, but a second-place finish in the biggest tournament of his young career was marked down as a successful venture. Gertler won $20,000 for his efforts and pushed his yearly donation total to $26,250. It was before DreamHack Anaheim in February that Gertler pledged to give half of his MTG prize winnings to Give Well, an organization he’s donated to since 2014 when he began practicing effective altruism.

Effective altruism is an ethical system that seeks to make the world a better place from a perspective of maximizing the effect of one’s charity. Give Well is a platform Gertler uses to divide his donations across charities that support various causes. Gertler explained it’s similar to looking at reviews before making a purchase. He wants to find the charities that are the most transparent and will make the best use of his money.

For Gertler, his attitude toward donations is similar to the competitive mindset of a Magic player looking to maximize his deck’s value.

“I think, ‘Is this one of the best charities I can support?'” Gertler said. “There’s a big difference in Magic between playing a good deck and the best deck. If you have the chance to, you should try to find and play the best deck. It’s like if you have two charities and they’re both transparent and accountable, but one is able to do more for the same amount of money.”

Gertler did default to playing the best deck in the 2020 Grand Finals by running Omnath Adventures for the Standard bracket. The core strategy of Omnath Adventures played right into Gertler’s strengths because he made his name playing Temur Adventures at a high level. That experience made him confident going into mirror matches.

“I had a slight edge being able to make some of the steps automatic while other people have to think about every land they tap or every time they cast a spell. I had a bunch of patterns ingrained,” Gertler said. “I was able to avoid some exhaustion because so much of it felt like I know what to do in this spot because I’ve been in so many spots that resemble this.”

He pointed out one moment where Levy searched for an Ugin, The Spirit Dragon with his Fae of Wishes. Gertler said he thought there must have been a better card to find other than Ugin. His experience with Adventures and realizing Ugin’s power is dampened in the mirror match was an example of his experiential edge.

This edge pushed Gertler to his best Magic esports finish and made 2020 his biggest year of charitable donations to date.

Gertler said he grew up in a privileged position and recognized how fortunate he was compared to many others. It was in college that Gertler learned about effective altruism, which led to him establishing the Yale Effective Altruists group at Yale University. Since then, he’s been heavily involved in effective altruism through his Magic prize donations and employment as a writer for the Center for Effective Altruism.

While Gertler gives to causes that support Americans, he said it’s a core value of effective altruism to help all humans no matter where they live. He looks to support international charities that aren’t based in richer countries like the U.S. or U.K. He said a lot of people in the effective altruism community donate to charities abroad where a little bit of money can go a long way.

“I am really fortunate that I have a day job to support myself without relying on Magic,” Gertler said. “There are a lot of people for whom these paydays are a huge difference and Magic is a full-time career. I definitely wouldn’t say that everyone should do the same.”

Gertler isn’t in the Magic Pro League or Rivals League, so fans won’t see him in action when the top professionals begin league play. But with a strong 2020 including top finishes at DreamHack and the 2020 Grand Finals, it’s clear that Gertler is cemented as one of the top players in the world.