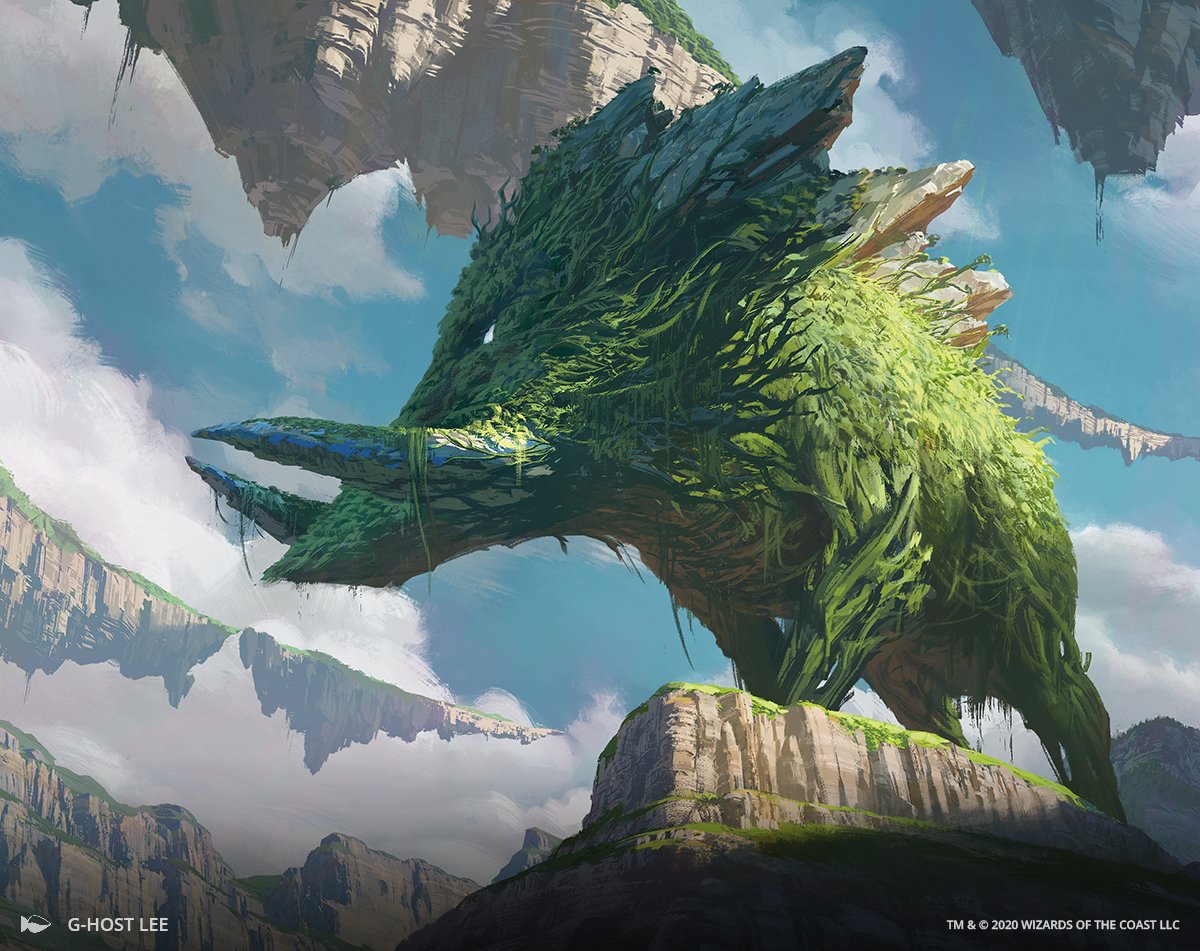 Austin Bursavich became the first player to qualify for the top eight in the Magic: The Gathering 2020 Grand Finals with three rounds to spare in day two of the tournament. Bursavich stormed through fellow top-eight players Autumn Burchett, Seth Manfield, and Patrick Fernandes to achieve the eight-win requirement

The top eight begins on Oct. 11 at 11am CT in Standard Constructed, which bodes well for Bursavich. All matches are best-of-three games with the final match as a best-of-three match series.

Bursavich’s run began with a battle between two 3-0 Standard players at the time against Autumn Burchett. Burchett was stumped and couldn’t punch through the last seven damage needed to close out game one. Brazen Borrower was a key piece for Bursavich’s survival. Both players stumbled out the gate with subpar draws but Bursavich’s superior board state with Beanstalk Giant and Bone-Crusher Giant secured the game one victory. The classic Embercleave won Burchett game two. Double Beanstalk Giant came through again for Bursavich leading him to a 2-1 victory and ended Burchett’s undefeated run in the first round of day two.

Burchavich continued his run against day-one stars when he faced Seth Manfield. After losing game one, game two was a delicate dance of counters by Manfield. He managed to control the game and neutralize any threat Bursavich presented. Once Manfield’s two Vantress Gargoyles were able to attack, it took two turns to swing for lethal. Bursavich stormed out the gate in game three with double Lucky Clover into Fae of Wishes. The insurmountable amount of card advantage provided by Lucky Clover took Manfield out of the game. With the 2-1 victory, Bursavich set himself up for a potential top eight-clinching matchup against Patrick Fernandes.

Bursavich dominated Fernandes to earn a top-eight spot and finish his day. In game one, Bursavich had a perfect hand and forced the concession in five turns. Game two was longer, but certainly not closer. Bursavich finished the day 8-1.

The deck of day one, Gruul Adventures, fell back to Earth and went 0-3 in round seven to start day two. The strategy never found its footing in day two, notching a 3-6 record through three rounds of Standard.

Emma Handy brought Gruul Adventures its first win on broadcast in round eight. While rocking out to Bullet For My Valentine, she channeled that aggressive energy into big attacks against Raphael Levy. Handy took advantage of two games of bad draws from Levy to take the series 2-0 and have every asking for her playlist after the match.

The final three rounds were played in Historic with almost half the field still alive for the top-eight qualifications. Some players were more in control of their fate than others.

Historic started off with a win-and-in contest between Autumn Burchett and their Omnath Ramp list against Seth Manfield piloting Jund Sacrifice. Game one was a typical Jund Sacrifice victory. After hitting Woe Strider and Priest of the Forgotten Gods off a Collected Company there wasn’t much Burchett could do. Despite a misplay, Manfield was still able to deal lethal damage. Game two was significantly closer. Manfield pushed for early lethal knocking Burchett down to seven life but couldn’t find enough damage to finish the game. Burchett untapped from the precarious situation with an Ugin, The Spirit Dragon.

Manfield had another huge misplay by not realizing Redcap Melee could deal damage to planeswalkers, which would have killed Ugin. After two turns Manfield read the text on Redcap Melee and dropped an “oops” emote. Then he cast the two Redcap Melee in his hand without Mayhem Devil on the board, giving up crucial damage. Unlike his previous misplay, Manfield was punished by Burchett. Burchett managed to stabilize, find their threats, and closeout game two.

Game three was all Manfield. Seemingly fueled by a mixture of shame and anger after a winnable game two, Manfield played fast and aggressive and quickly dropped Burchett to 13 life. Burchett had all the ramp they needed but no interaction or board state to content with Manfield. Manfield won a tough 2-1 game to earn a top-eight spot.

Patrick Fernandes and Autumn Burchett met in another win-and-in match with both players piloting Omnath Ramp. Burchett dropped their previous two feature matches on the day. Game one ended up being a contest to see who could do the most broken thing with their deck. Fernandes cast an Ugin but Burchett responded with a Genesis Ultimatum into their own Ugin, Omnath, and three lands. Even that wasn’t enough to close out the game.

Burchett proceeded to cast two Genesis Ultimatums in a turn getting a fresh Omnath and some lands. Once they found a Kenrith, the Returned King, Burchett finally closed out game one. Fernandes had his turn in game two simply running Burchett over with double Lotus Cobra and an Omnath. Game three was the same, but it was Burchett who went off. Fernandes couldn’t help but laugh as Burchett closed out the game with an explosive, Commander-esque final turn.

Ken Yukuhiro’s Neostorm deck had a win-and-in battle against Emma Handy’s Omnath Ramp list, clearing the way for the intricate combo deck to earn an unlikely top-eight position. Yukuhiro entered the game 4-1 on the day. He suffered a 0-2 defeat to Allen Wu who also ran Omnath Ramp. Unfortunately for Yukuhiro, Omnath Ramp seems to be the worst possible matchup. Game one was looking like it’d be a turn four win for Yukuhiro who had all his combo pieces in hand. Handy averted disaster and found an auspicious land off the top to cast Yaharn, Implacable Earth. Once Handy resolved double Lotus Cobra, she ran away with game one.

Game two was a standoff. Yukuhiro had his combo in hand, but knew Handy had an Aether Gust. Both players were fine with sitting back knowing the other had the potential to go off at any moment. Once Handy resolved Yasharn again the game was all but over. Yukuhiro was unable to get his combo off and was forced to play his underpowered creatures just for the chance to stay in the game. Handy earned top eight with a 2-0 victory.

Check out the start of the 2020 Grand Finals top eight on Oct. 11 starting at 11am CT on Magic‘s Twitch channel.