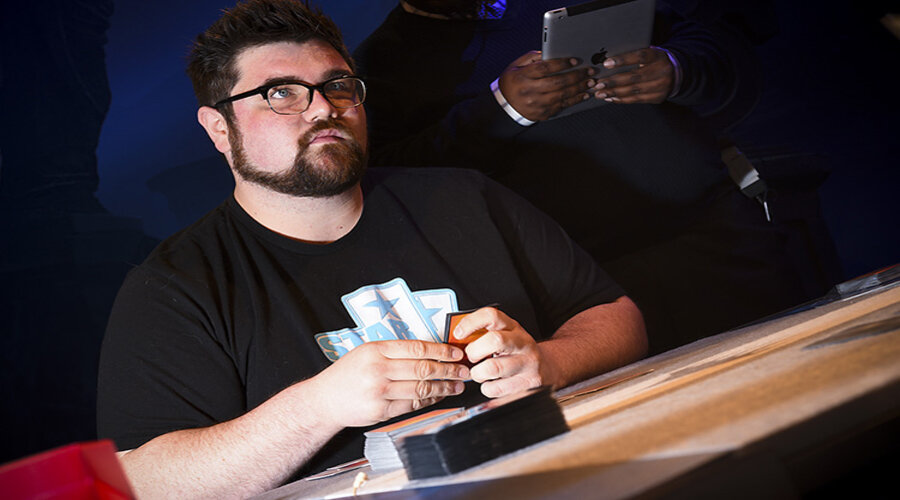 Image via Wizards of the Coast Magic The Gathering

With the COVID-19 pandemic causing necessary stay-at-home orders to slow the spread of the disease, many organizations were forced to rethink their operation—and Magic: The Gathering is no different. Local game stores and players have had to get their card game fix online due to in-person play being paused for the foreseeable future.

For 11-year pro Brad Nelson, a project he was already working on in late 2019 turned out to be an opportunity to support the Magic community and maintain “the gathering” while everyone is staying home. Alongside fellow founders Jason Flatford and Steve Port, they created MTG Melee, an online platform that helps organizers hold online Magic tournaments using Magic Arena and Magic: The Gathering Online. Even Magic Esports adopted MTG Melee to organize their official tournaments.

“Just being able to help local game stores run their tournaments through our platform for free was just awesome to do,” Nelson told Dot Esports. “It’s been weird where I’m half competitor and half working on the future of Magic.”

While he’s helped the broader Magic community organize tournaments and stick together, Nelson had to go through changes in his own professional life when online play became the norm. As a member of the Magic Pro League, Nelson participated in the 2020 Partial Season, which included several Players Tour tournaments. Nelson competed in the 2020 Partial Season while helping run MTG Melee as the marketing and content manager.

Two of the biggest changes in the veteran’s professional life were simply competing from home and a greatly reduced travel schedule after jet-setting for the better part of 10 years. Nelson said he missed seeing friends and hanging out with people but didn’t miss the downsides of traveling.

“The convenience of being able to (play) from home and not having to travel or go to a hotel, spending a week there, losing on day one, and then spending three more days in the city.” Nelson said, “In the Players Tour Finals I lost in the last round to make it to day two. I just got in my car and drove to a lake house where my fiancée and some friends were at. If this was at a real tournament I would be waiting in line at a restaurant during rush hour.”

While some of the conveniences of staying at home enhance the tournament experience, Arena as a game does have drawbacks at the highest levels of play, according to Nelson. Magic isn’t simply about the 75 cards in your deck, but the metagame of bluffs and hiding certain information that can sway a game, which Arena doesn’t facilitate.

“The thing that is lacking is a certain aspect you can’t have that tabletop has.” Nelson said. “The auto passing or hovering over cards. There are certain times where information is given to the other player that wouldn’t normally be given if it was on tabletop. That takes away from the highest levels because the smallest edges can end up winning matches.”

For many players, Arena is their main way of interacting with Magic. The tabletop experience is still the biggest priority, however. Wizards of the Coast is trying to balance growing Arena while maintaining a healthy paper ecosystem. Competitive Standard has been taken over by Arena but tabletop is still the primary medium for high-level competition in other formats. With Arena potentially supporting Pioneer soon, eternal tournaments may also be digital-first.

There are benefits to competing online, such as the ability to compete frequently without the cost of travel or venue costs. Nelson explained that the upcoming MPL season benefits from the online format because like other esports, MPL members are able to have consistent intraleague games. The ideal Magic competitive setting for Nelson is one that integrates online and tabletop play to include the whole community, while also allowing those at the highest levels to compete against each other frequently.

“In my perfect world, I think big tabletop tournaments should be the highest level where all players are involved from the MPL to the entire community,” Nelson said. “But, there are things on Arena that we can utilize in a really great way.”

League play is where Arena can shine. The ability to grind out multiple games in quick succession means the best players aren’t on the shelf for too long, which could help Magic esports market the best players. Typically, high-level competitors seldom compete, relative to their counterparts in other games. Take Nelson’s own competitive history for example. While the raw numbers don’t take into account smaller competitions, it does exemplify how infrequent high-level Magic competition can be.

In Nelson’s incredible 2010 run, which earned him Player of the Year honors, that Magic season only had four Pro Tours and 18 Grand Prix events. That’s a small amount of time for the best players in the world to congregate and compete with each other. Other top pros in the League of Legends Championship Series or Overwatch League, for example, compete almost weekly for a large portion of the year.

“It’s just not possible to always meet up, especially people from all over the world,” Nelson said. “Being able to play on Arena is fantastic. It allows us to play more weekly stuff. I follow a few other games and I’m jealous of the fact that they’re playing at the highest level weekly or bi-weekly. For many years in Magic you would have a Grand Prix then five weeks where you don’t go compete again. If we’re talking about the top-level I want us to be playing quite often,”

Nelson is surely going to be playing often with MPL League Weekends beginning in October. His most immediate concern is preparing for the 2020 Mythic Invitational this weekend from Sept. 10 to 13. The rapidly expanding Historic format is being played at the tournament, a departure from Standard for Nelson where he made his name.

With the longtime pro gearing up for his next major tournament, maintaining a balance between being one of the top Magic competitors in the world and running MTG Melee is a daily task for Nelson. With the Mythic Invitational coming up this week, keeping himself sharp is a priority.

“I have dipped a little,” Nelson said. “My blade has been dulled a little this year. I try to keep up as good as I can. I definitely have to push everything aside and just focus for a week before every major tournament. That’s my testing time. I usually try to do everything I can up until that point and become a Magic player again.”

You can check out the 2020 Mythic Invitational, which kicks off on Sept. 10 at 11am CT on the Magic Esports Twitch channel.