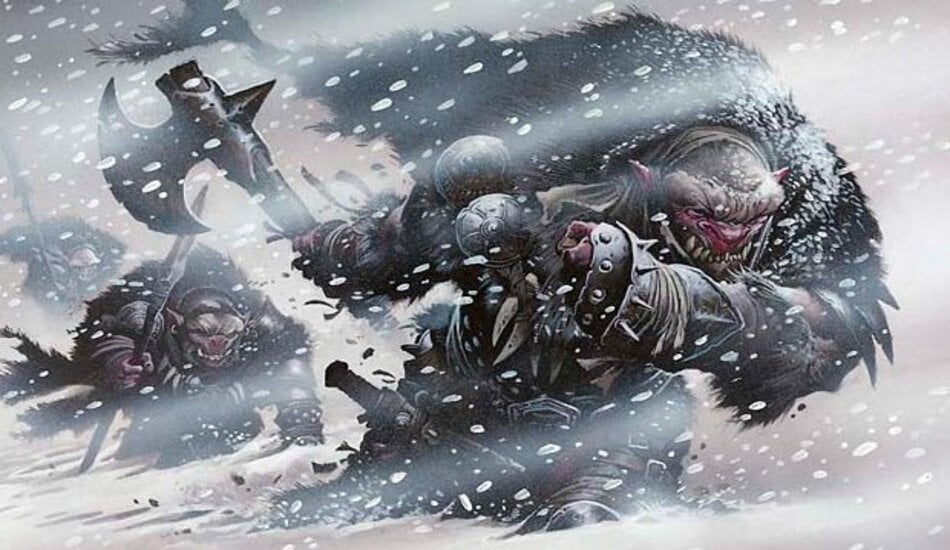 Magic: The Gathering fans should expect snow permanents to be a common theme throughout the Modern Horizons set, according to information regarding basic snow lands and a new snow land/creature.

Wizards of the Coast announced every booster pack in Modern Horizons will contain at least one “full-art covered basic snow land.” Staying with the possible snow archetype, Frostwalk Bastion hit the spoil alerts as a snow land who can transform into a creature.

Frostwalk Bastion, however, isn’t a typical land/creature card. Upon transformation, it becomes a two/three construct artifact creature who is still a land (better than a two/two). In addition, whenever it does damage to a creature, the creature doesn’t untap during the opponents next untap step.

The mana cost to trigger Frostwalk Bastion’s ability can be paid with any snow permanent, not just a snow land. Having an additional permanent on the battlefield (with a defense of three) who causes other creatures to stay tapped is a win-win for the snow archetype decks.

“Whenever Frostwalk Bastion deals combat damage to a creature, tap that creature and it doesn’t untap during its controller’s next untap step.”

After “pay lands” (lands that cost life points for mana or to draw a card) were revealed in yesterday’s Modern Horizons spoilers, many fans thought the lands for the set would be a bust. But Frostwalk Bastion is quickly changing that perspective, and fans are hoping for more like it in the coming days.