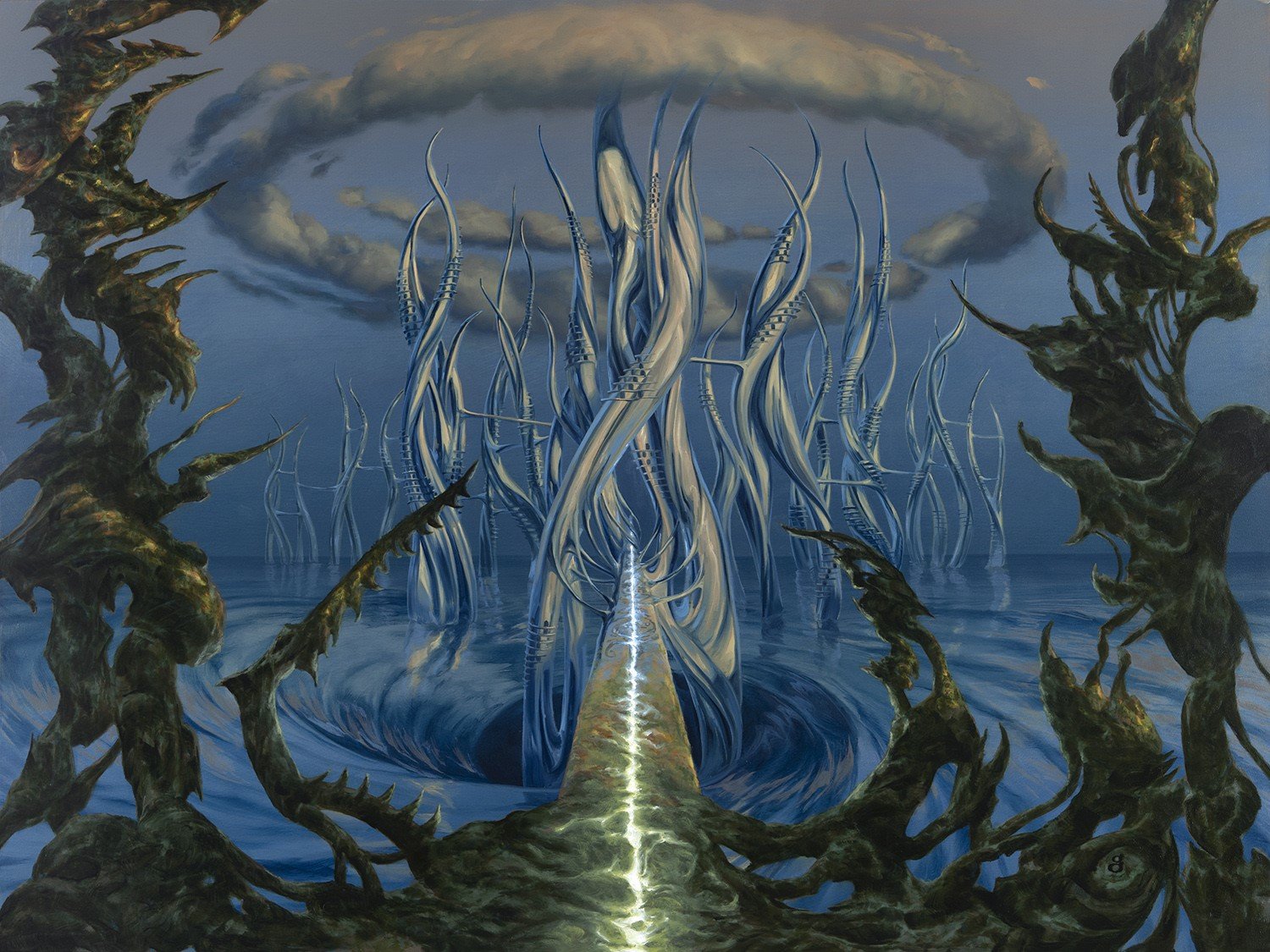 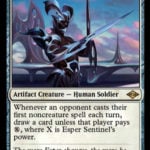 One benefit of the experimental design of Modern Horizons 2 is that Wizards of the Coast can expand narrow strategies and modernize classic designs.

Modern Horizons 2 spoiler season is showcasing a variety of card designs that could shape the future of Magic’s eternal formats for years. Not only is Modern getting key cards, but Commander is another format that’s benefiting from the set.

Today’s spoilers focused on a handful of callbacks and updates to established format staples. Jund, one of Modern’s best decks, got a strong one-mana creature and more Tron hate was revealed.

Ragavan originally debuted as a token that’s created when Kari Zev, Skyship Raider enters the battlefield. Now Ragavan has its own card that fits right into the same aggressive Red decks that Kari Zev does.

Ragavan, Nimble Pilferer is an effective early-game creature that can steal your opponent’s spells. Most of the time you won’t be casting the spell that’s exiled with Ragavan, but the passive mill can disrupt your opponent’s gameplan.

Best case scenario is sniping an opponent’s ramp spells that help you gain a mana advantage. Dash is a keyword introduced in Fate Reforged. It is an effective way to get an attacker in for a quick burst of damage. Here is the official reminder text for Dash:

“You may cast this spell for its dash cost. If you do, it gains haste, and it’s returned from the battlefield to its owner’s hand at the beginning of the next end step.”

Piru, the Volatile is a throwback to the classic Elder Dragon designs from Legends in. Arcades Sabboth, Chromium Rhuell, Nicol Bolas, Palladia-Mors, and Vaevictus Asmadi. Each creature had an upkeep cost of three mana corresponding to the creature’s three-color shard.  If that cost couldn’t be paid it must be sacrificed.

For the Legends Dragons the upkeep cost was a major downside, making them irrelevant in modern Magic. Piru modernizes this old design and could see play in casual builds and Commander decks.

This creature is an effective body with Lifelink and Flying. At 7/7 Piru must be dealt with. The best part of Piru is that having to sacrifice it could be a benefit. Seven damage to each nonlegendary creature is a board wipe. Black decks can consistently reanimate Piru to continuously threaten another reset effect.

Modern Horizons 2 is packed with colorless hate. Tron decks are powerful in Modern and leverage Urza’s Tower, Urza’s Power Plant, and Urza’s Mine to cast Eldrazi creatures. Obsidian Charmaw is another piece of hate for those strategies. This Dragon is a five mana creature, but will frequently cost less due to its first ability. Obsidian Charmaw will be cast for two or three mana most of the time.

Obsidian Charmaw’s enter the battlefield ability also helps shut down Tron decks by destroying their lands. It is another Ghost Quarter and Field of Ruin effect that disrupts their gameplan. Look for Obsidian Charmaw to be in a lot of Modern sideboards.

Prowess is a strategy that’s gaining traction in Modern. Izzet Blitz is putting up results in tournaments and Harmonic Prodigy might find a home in those decks. This doubles prowess triggers on Soul-Scar Mage, making it an even more dangerous threat. At two mana, Harmonic Prodigy doesn’t increase the average mana value.

Look for Harmonic Prodigy to compete with Stormwing Entity for slots in Izzet Blitz.

Esper Sentinel is already a Commander staple and Modern Horizons 2 doesn’t release for a few more weeks. For the past several years, White’s lack of power came into question. In recent sets, Wizards is making an effort to give White competitive pieces. In Strixhaven: School of Mages Elite Spellbinder was one of those pieces.

Esper Sentinel is a good representation of the direction of White with card draw. Tax card draw effects are in line with White’s color identity. The tax effect is one mana at a base level. White is great at putting counters onto creatures. This means the tax effect can become difficult for your opponent to ever pay.

In Modern, Esper Sentinel will be played in Death and Taxes sideboards.