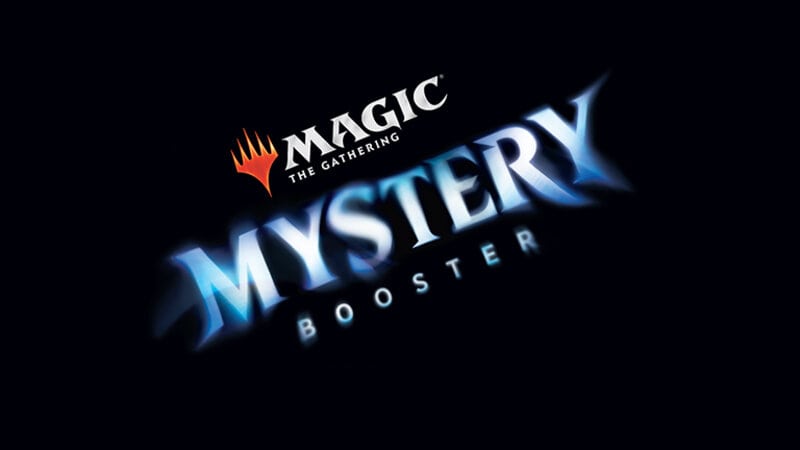 MagicFest in Richmond, Virginia is the site for Mythic Championship VI this weekend and the first Mystery Booster Draft.

The mystery behind Magic’s new event at select MagicFests that will run this year and next has been unveiled. And the cracking of packs revealed one playtest card and a whole lot of draft chaft.

Draft chaft is typically made up of Commons and Uncommons but specifically applies to cards that are often considered unplayable, or not worthy of play, in a specific Limited Draft format. But with the Mystery Draft, having a chaotic mess of cards tossed aside over the years seems to be the point.

The cards are from a variety of Magic sets over the years. Those that could be seen in the video include Throne of Eldraine, Kaladesh, Masters 25, Battlebond, and Ultimate Masters.

Initial reactions from the grand Mystery Pack opening have been on the unfavorable side since the Magic community was expecting something a tad more exciting.

The reveal of the long-awaited Mystery Pack was also somewhat of a letdown since the entire pack opening stream was provided via a mobile phone.

For longtime fans of Magic, the poor coverage and false hope surrounding the Mystery Draft was just one more nail in the coffin.

Today’s events are a prelude to the last major Magic tournament of the year, Mythic Championship VI. Coverage of the tournament is being run by WotC, not ChannelFireball, and can be viewed on Magic’s Twitch channel from Nov. 8 to 10 starting at 8am CT.