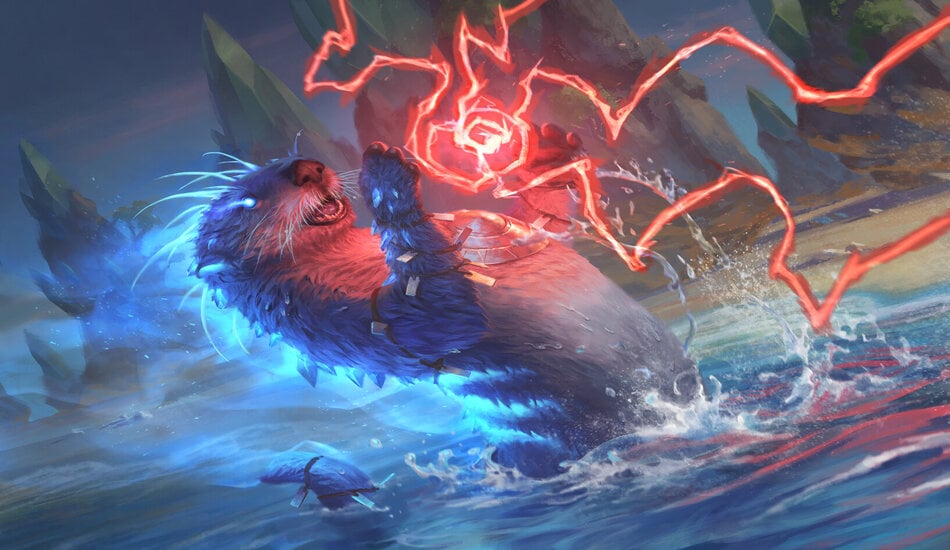 Prior to the release of Ikoria: Lair of Behemoth, Wizards of the Coast banned Lutri, the Spellchaser from the Brawl format today.

WotC has a new mechanic called Companion within the upcoming IKO set. There are a total of 10 cards with Companion in Ikoria, designed to reward players for following specific deckbuilding rules. One of the cards, Lutri, the Spellchaser, rewards players for crafting a Singleton style deck. But in the Brawl format, these builds already exist, removing any restrictions during the crafting process.

Playing Lutri in Brawl doesn’t line up with the design intentions meant for cards using Companion, so it was banned prior to the launch of IKO.

“Any deck including both blue and red would benefit from including Lutri at no deck-building cost,” WotC senior game designer Ian Duke said. “This isn’t in line with the design intent of the companion mechanic, and we believe it would create a large imbalance between decks capable of including Lutri and those that can’t.”

Designing Lutri wasn’t an oversight, however. The team feels it’s a viable card in other Magic formats.

“This isn’t an oversight or a case where we underestimated a card that was too powerful,” Duke said. “In fact, discussions surrounding the legality of this card in Singleton formats began early in the design process. As we playtested with Lutri, we decided that the fun deck-building challenge and opportunity for self-expression it presents in other Magic formats clearly made the design worth printing, even if it didn’t make sense in Brawl.”

The new Companion cards found within IKO will release digitally on April 16 and via tabletop booster packs and boxes on May 15.