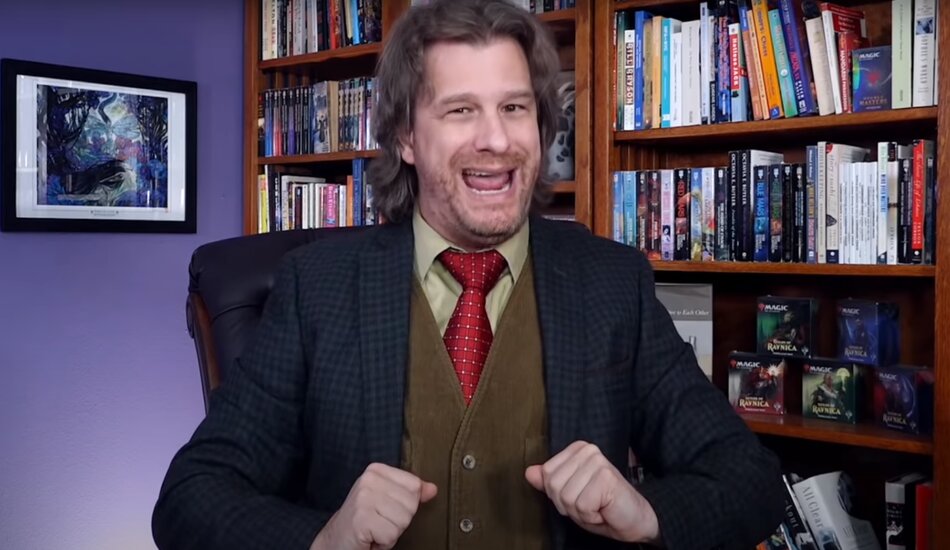 The host of Tolarian Community College, Brian “The Professor,” Lewis raised over $100,000 for the non-profit Trans Lifeline organization in 24-hours.

Tolarian Community College has been a longtime staple within the Magic: The Gathering community, creating content and raising money for various non-profit organizations. From Ice Bucket challenges to shaving his head for kids, The Professor went above and beyond with his most recent fundraiser—raising five percent of Trans Lifeline’s budget for the year in just one day.

The fundraiser began with a goal to raise $20,000 for Trans Lifeline, a non-profit organization that provides financial and emotional support to the trans community. Having many friends within the Magic community whose “lives were saved” by Trans Lifeline, according to The Professor, he put together a giveaway of MTG collectibles for all who donated over a 24-hour window.

Word spread fast of the fundraiser as other Magic content creators and organizations began to donate their own collectibles to sweeten the pot. Items like three Draft boxes of Zendikar Rising were added via Card Kingdom while Josh Krause threw in an original painting for Final Strike by John Coulthart.

Over 46 Magic items in total were given away at the end of the Trans Lifeline 24-hour fundraiser, with $116,000 raised.

The collectible giveaway by Tolarian Community College might be over, but donations are still being accepted here.