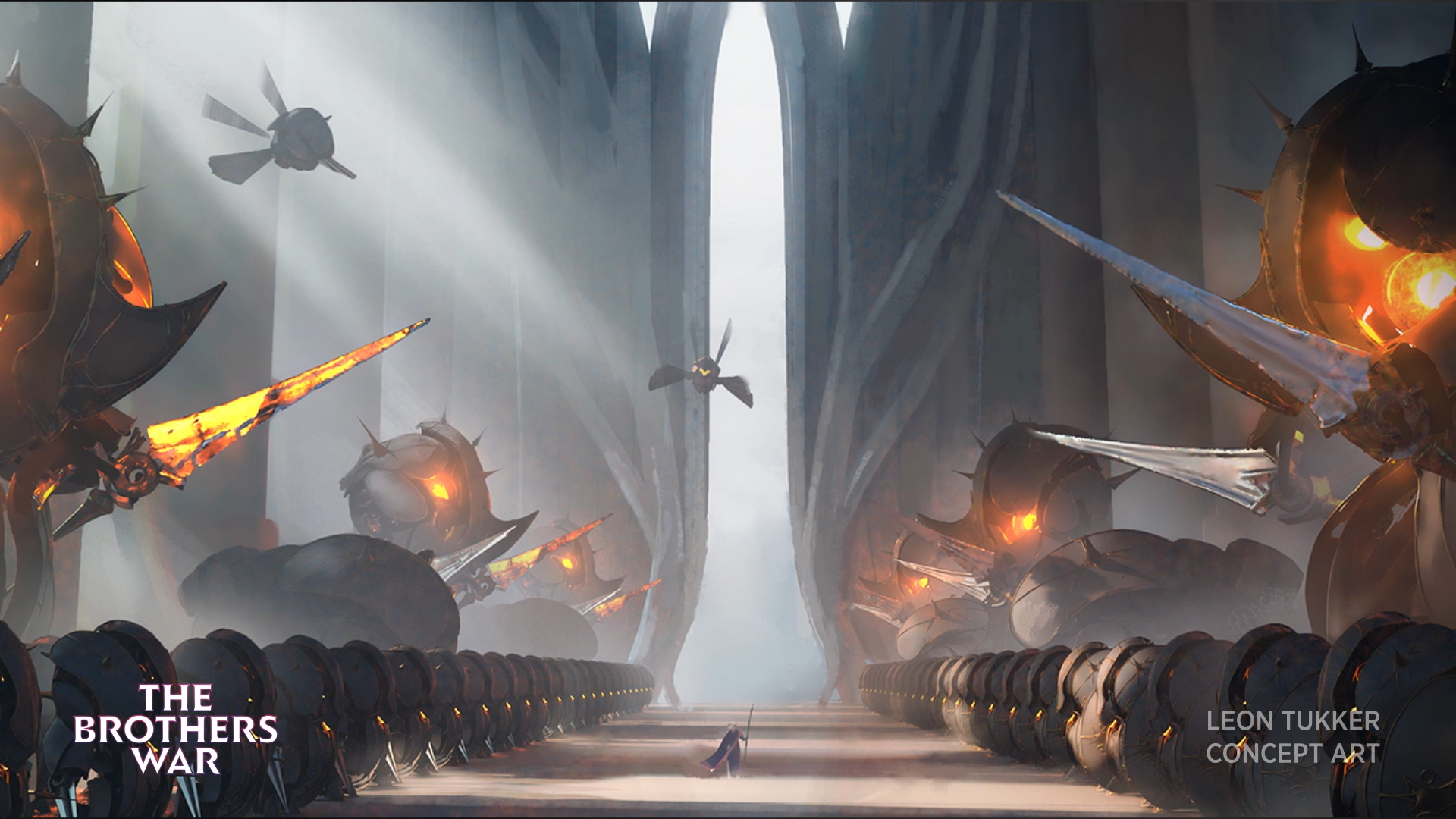 Four Standard-legal sets are scheduled for 2022 and include reimagined planes, a new setting, and a special 30th-anniversary return to Magic: The Gathering‘s first plane.

Kamigawa Neon Dynasty, Streets of New Capenna, Dominaria United, and The Brothers War are the four sets coming during each quarter of 2022. These sets are full releases and will enter the Standard format.

Kamigawa returns for the first time since Saviors of Kamigawa in 2005. Neon Dynasty reimagines the original setting inspired by feudal Japan with a futuristic, neon-cyberpunk aesthetic. The set will come in the first quarter of 2022 and include new mechanics and a planeswalker native to the plane. Wizards hinted at the Emperor of Kamigawa being a notable returning character.

The set that follows Neon Dynasty introduces a new plane to the Magic multiverse. Streets of New Capenna is a take on a modern fantasy crime epic. The set will focus on three-color shards similar to sets like Shards of Alara. Three demon crime families run New Capenna, a city originally created by angels. Elspeth is a character that will possibly return because the setting has some unidentified connection to the planeswalker.

The latter half of 2022 focuses on the original Magic plane of Dominaria. Both sets that close out the year tell a story on the set from significantly different time periods in its history. Dominaria United is a 30th-anniversary celebration set that showcases an important setting in Magic history. This is the first return to Dominaria since 2018.

The Brothers War closes out the year and explores a key moment in Magic history: the battle between Urza and Mishra. The story was told in 1994’s Antiquities. That set told the story of the war through artifacts found in archaeological expeditions. The Brothers War takes place at the time of the conflict, giving fans a look at what Dominaria was like long ago.