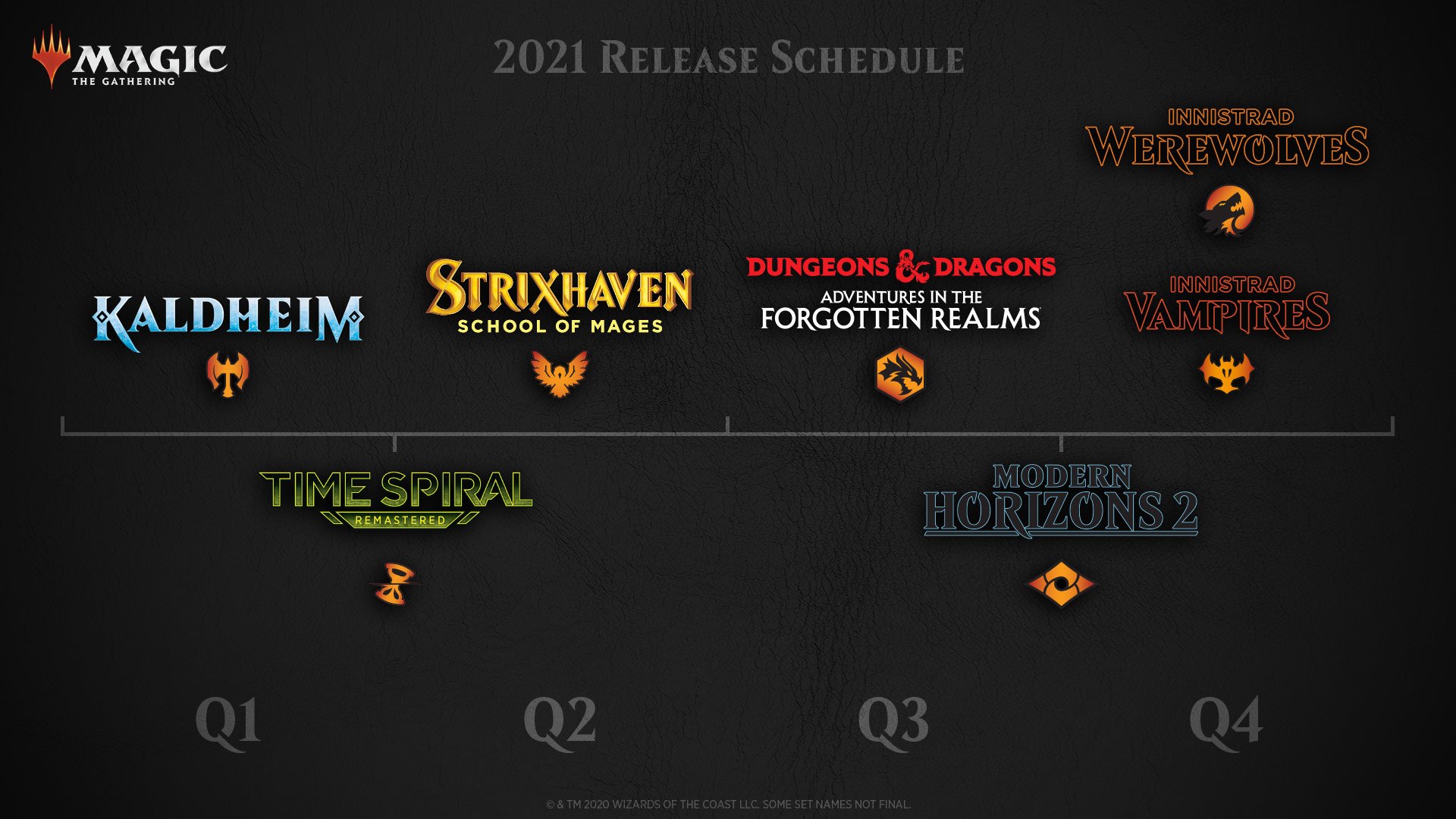 The next year of Magic: The Gathering sets was outlined today during the Zendikar Rising Debut Moment livestream featuring the debut of a long-speculated plane and a return to one of the most beloved planes in Magic.

Aside from showcasing over 20 Zendikar Rising cards, Wizards of the Coast provided information on its 2021 roadmap, starting with next year’s winter set Kaldheim. The plane of Kaldheim is Magic’s viking-inspired world. Fans have asked to visit Kaldheim since it was first shown in 2009 as a part of Planechase.

Strixhaven is scheduled for a spring 2021 release with the tagline of “The most elite university in the Multiverse.” The location of this set is unknown and hasn’t been featured in any previous Magic card art.

Aside from announcing three new planes, Magic will be returning to popular planes and revisiting beloved sets.

Innistrad is returning with two unnamed sets in fall 2021, which will heavily feature the werewolf and vampire creature types. Innistrad was first released in 2011 and the follow-up Shadows Over Innistrad launched in 2016.

Time Spiral Remastered is a return to one of the most experimental sets in Magic for the first time in 14 years. This will be the second remastered set following up the release of Amonkhet Remastered in August on Magic Arena.

Modern Horizons 2 is also scheduled for next year with no release window announced. It’s the sequel to Modern Horizons in 2019, which was considered an excellent draft environment and was the first set that skipped Standard and printed directly into Modern.