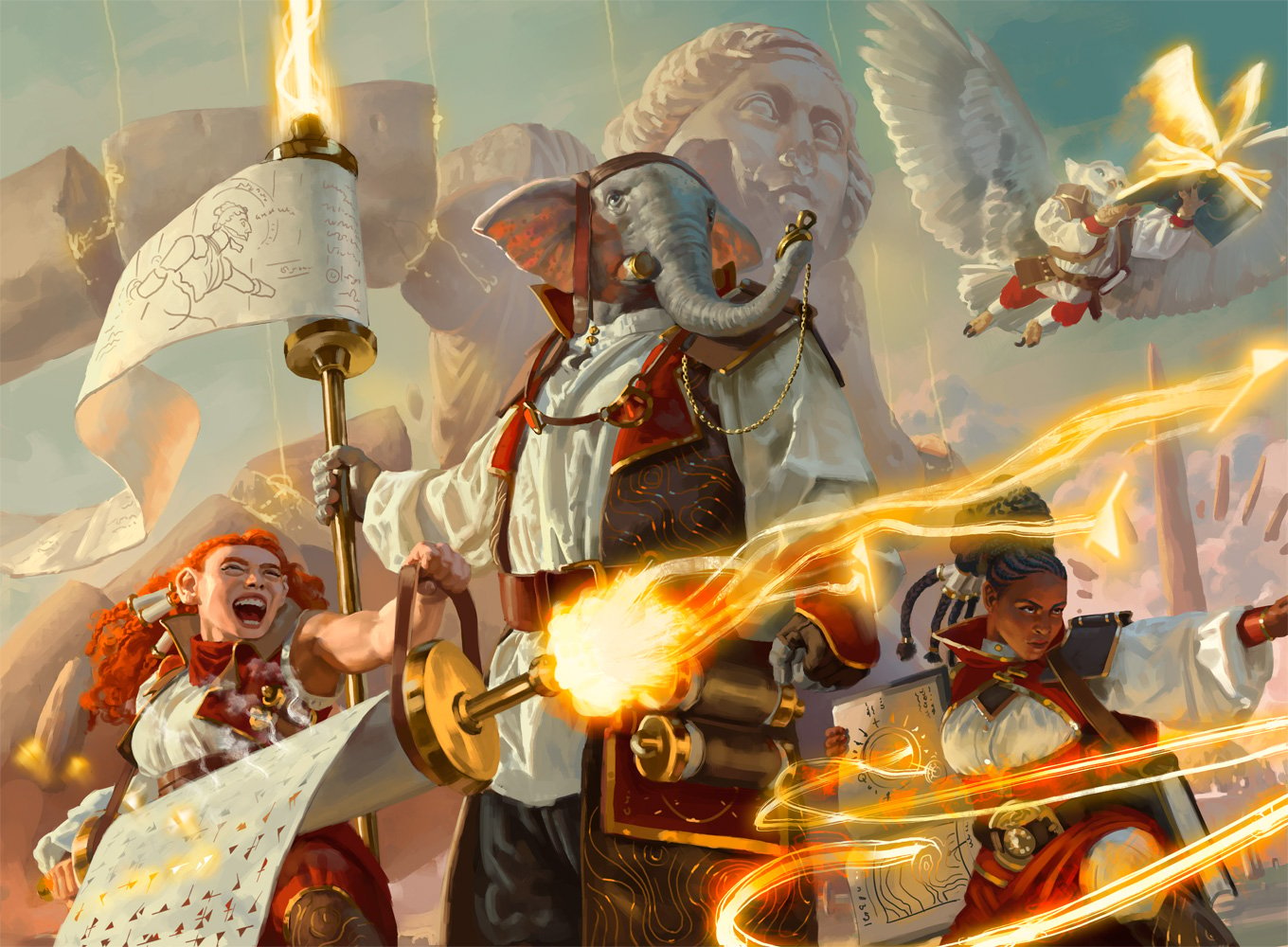 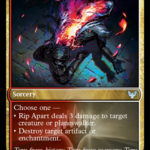 In recent sets, White has struggled to receive consistently strong cards. Occasionally White will get something nice, like Skyclave Apparition, but over the past two years White is generally the weakest color in Magic.

With the release of Strixhaven: School of Mages, Wizards of the Coast seems to be printing solid White cards that expand the design space for the color. This extends to the Red and White color pair known as Lorehold in Strixhaven.

Today is the second week of Strixhaven spoiler season and features a handful of Lorehold spells that expands what the color pair can do and brings some interesting Commanders to Magic.

Lorehold gets a Spirit lord that pumps your creatures and gives them Trample and Haste. This can lead to a huge one-hit-kill the turn after Hofri Ghostforge is cast. The Mythic Rare Dwarf also acts as removal protection. Similar to Luminous Broodmoth, nontoken Creatures that die come back as a Spirit token. While this spell can fit into a Spirits shell, Hofri Ghostforge is excellent in Lorehold decks looking to stick a bunch of aggressive threats and attack without fear.

This is a nice two-mana removal spell that can hit key Artifacts and Enchantments. This shouldn’t see Standard play because having to play this effect at Sorcery speed is too slow. In Limited, this should be a meat-and-potatoes spell for Lorehold decks.

Blink decks will try Semester’s End out when Strixhaven drops. This acts as an extra copy of Yorion, Sky Nomad to enable mass Blinks. This only hits Creatures and Planeswalkers so it won’t be effective in a shell that emphasizes Enchantments. This is better than other similar effects because the targets return to the battlefield with an extra counter. This will see play in Commander and could find its way into Standard if a Blink combo deck emerges.

Free spells are good. At seven mana, Velomachus Lorehold comes back with a lot of stats and a novel in the text box. On attack, Velomachus Lorehold digs seven cards deep and lets you cast a spell with a mana value less than the Dragon’s power. The floor for this ability is casting a five-mana spell for free. That covers a lot of the most powerful spells, especially in the Red and White colors.

The attack trigger normally would be an issue, but Haste allows Velomachus Lorehold to find immediate value if your opponent doesn’t have a removal spell. The stats and keywords on this creature are excellent. This spell will be best in a combo shell where you’re looking for a specific spell.

Lorehold will take advantage of spells and graveyard recursion. Quintoriou, Field Historian makes each spell that gets a card from your graveyard come with a 3/2 body that gets a small buff. Seven mana is a lot for a 2/4 Creature with no additional stats. Quintorious will be an interesting Commander to build around, but the underwhelming stats and build-around ability will keep it from seeing widespread Standard play.