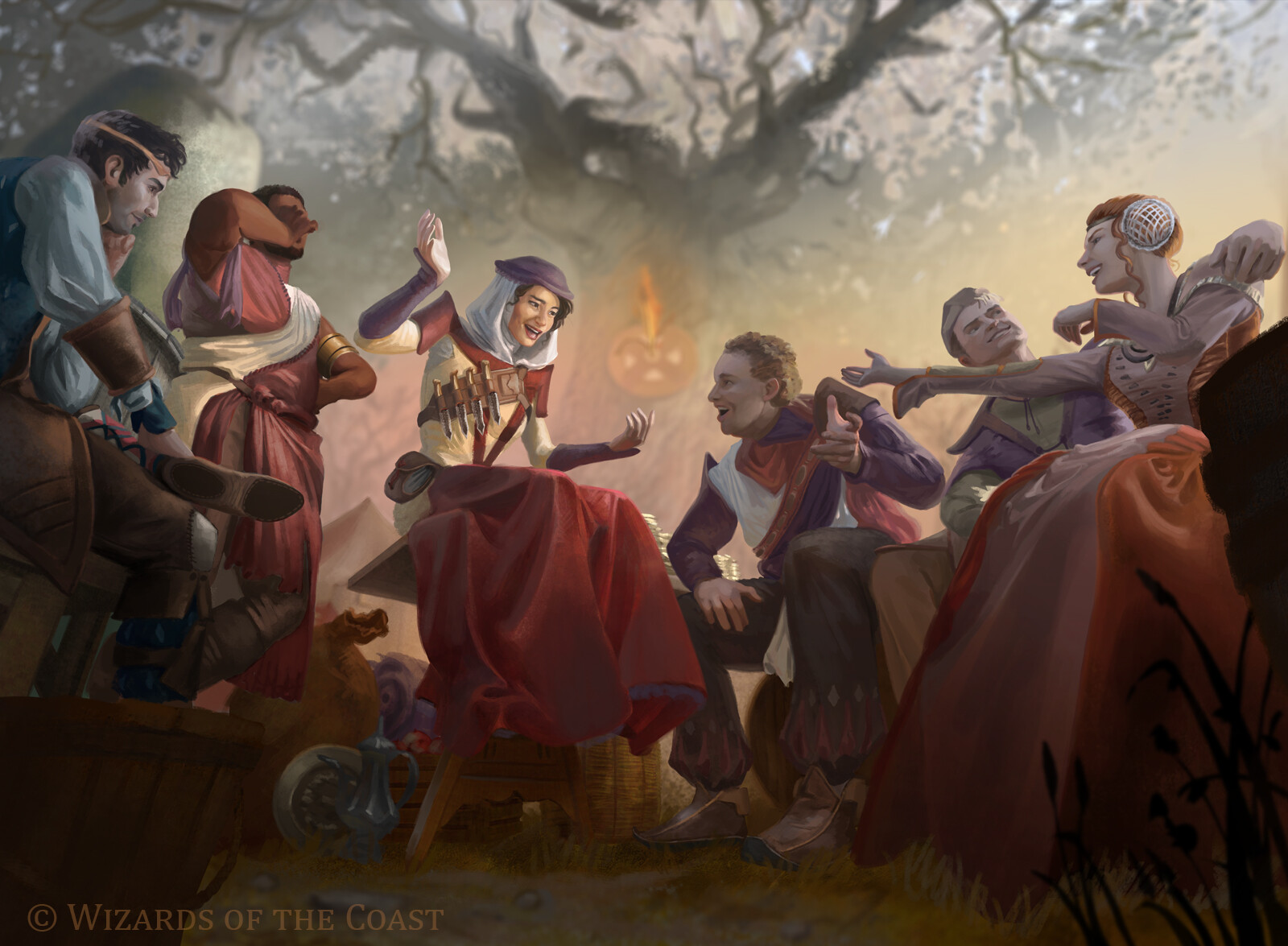 Prison decks are a rarity in Magic: The Gathering. As a subset of control decks, they aim to eliminate an opponent’s pathway to victory. Then, when the opponent has nothing left, they push in for the win.

In the new Standard Meta, Dancing Prison is a variant of the Esper Stax archetype that uses four colors to pull off wins.

Control the game with board clears and enchantments

Dancing Prison dedicates a quarter of its deck to establishing control of the board. It runs four copies of Kaya’s Wrath and Deafening Clarion, which can wipe away an opponent’s creatures in one go. Oath of Kaya provides extra protection against low-loyalty planeswalkers in addition to creatures, along with a healthy life boost. The newest set, Throne of Eldraine, provides the final control card and the most interesting one: Doom Foretold.

Simply put, this card is hard to play around. If an opponent has a single nonland, nontoken permanent when you play this on your turn, they have almost no choice but to sacrifice it. That includes planeswalkers like Oko, regarded as one of the most powerful opening plays in the meta.

Then, as long as you have permanents to sacrifice on your own turn, any further permanents they play are in the firing line. Doom Foretold can easily eat up two or more of an opponent’s cards. The best option will often be to take a turn off. But then when their next turn starts, they have to discard a card while you get a card, two life, and a knight for your trouble. When pulled off correctly, this card is downright unfair.

Dance of the Manse provides a devastating late-game win condition

Dance of the Manse is another new card and it gives this deck its legs. If you can cast it for eight mana, you can bring back basically every permanent in your graveyard and make them all 4/4 creatures.

And here’s where this deck really gets abusive. In addition to Oath of Kaya and Doom Foretold, it also plays a healthy amount of small artifacts that draw you cards: Golden Egg and Guild Globe. In the early game, these provide some minor benefits like fixing your mana or gaining you life, in addition to drawing you a card.

But, in this specific deck, they really shine. This is a four-color deck, so color fixing is sometimes extremely relevant. They’re also great targets to sacrifice to Doom Foretold.

And then, when you bring them back with Dance, they’re drawing you a card and they’re 4/4 creatures.

Putting it all together, Dance of the Manse can—in the best circumstances—read something like this:

Round out the deck with synergistic threats

Three more cards round out the rest of the deck and all of them provide great synergy with the above gameplan.

Teferi, Time Raveler is an easy add for this deck. His +1 lets you cast a board wipe or Dance on your opponent’s turn, and his -1 can stall out a big attacker or even bounce your own Oath of Kaya to replay it and make something die.

Ethereal Absolution is also a great addition. Its six-mana cost means you can bring it back with Dance at the optimal eight mana and it can absolutely demolish certain decks like Mono Red or Knights.

But the most interesting threat here is one of our favorite new cards, Outlaws’ Merriment. Randomly adding a set of outlaw tokens to the board is a fun effect that fits perfectly into what this deck is trying to do.

Merriment definitely gets off to a slow start, but it can quickly balance out the game and even take over if left unchecked. Put together with everything else, this gives Dancing Prison a secondary win condition and makes it one of the most fun decks in Standard.